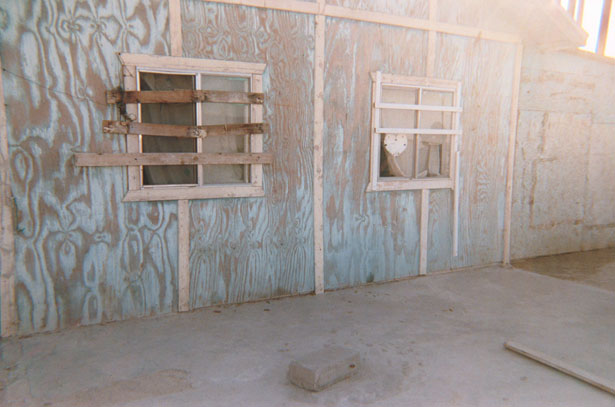 Somehow, we wind up with a Congress and a President who cannot seem to get anything done, at least to redeem middle class salaries and underclass economic mobility. Government seems to have done a fine job in standing by while “families near the top had a 70 percent increase in income from 1963 to 2013, while the income of families at the bottom stayed roughly the same.”(Urban Institute). The New York Times reported that fewer than 400 families are responsible for half of all 2016 Presidential campaign contributions. Forbes reported that “[i]n the US, the wealthiest one percent captured 95 percent of post-financial crisis growth since 2009, while the bottom 90 percent became poorer.”

There are a great many more reports like this presently barraging the American electorate.

But wait, are not all these “developments” the result of the free play of the global market and not government concerns at all?

In other words, unless we want to elect a government that will interfere with the “invisible hand of the market” and the rule that it enacts, we do not really want an “active” government. This is not a partisan preference; Americans have a sharp eye out for governmental overreaching but cast a blind eye at any excess of free market principles. And when they do pay attention as, for instance, post the great Wall Street looting of 2007, their attention is easily diverted to government as the cause of that Wall Street looting.

While the Republican Party more demonstrably stands behind market principles, Democrats are very wary of attaching any fault to the same principles. Both, to varying degrees, stand behind the supremacy of market rather than political rule, even in regard to foreign policy. Right now, the Republican Party, which some say has gone off the skids but is in actuality is moving toward the logical implications of free market rule. “Provide opportunity, not smother it; foster productivity, not stifle it,” leave more money in the hands of those who earn it, low tax policy to promote growth, national defense, assuming personal responsibility rather than governmental assistance, and a court of laws to keep criminals off the streets.

A market economy has less need now for government than ever before simply because what was previously public is now privatized, war, education and prisons being notable examples. The total for profit control of health care has been challenged by the Affordable Care Act but that so far successful venture is despised by not only health care profiteers but by those who are served by what we angrily call “Obamacare” so as to unite a deep and hardly explicable hatred of President Obama to this much needed first step in universal health care coverage in the U.S. The U.S goes to war but private contractors service, maintain it, and walk away with huge profits to shareholder. And we are heading toward a dismantling of public education in the U.S. because Wall Street now sees it as the newest marketing frontier.

The globalized nature of the free market also makes national economies, nation states, and national governments somewhat irrelevant at best and at worst, nuisances. For instance, good paying jobs supporting a middle class as well as opportunities to rise to that level may be national aspirations but they do not comply with a profit drive to move operations to cheap labor locales. U.S. environmental, worker and consumer protections formulated by government are also a hardship for a globalized economy that prefers not to have profits eroded by such considerations. And of course low taxes on capital operations, especially on a financialized sector that is at the vanguard of American capitalism presently, is a must.

Low taxes, or even better, no taxes preempt any Liberal attempt to run government assistance programs of any stripe. While profits to shareholders must increase, any increase of the U.S. Treasury is contested because assistance programs could then be financed. The economically distressed can be incentivized to do better by doing nothing for them. It is a “moral hazard” to allow a government to get in the way of this impeccable Beatitude mantra. If we were to believe that we were not personally responsible for all that befalls us but rather the conditions of the surround, conditions on the ground in war terms, had some effect upon us, we would quite logically be led to examining those conditions.

We would take very seriously the stats revealed in the first paragraph.

Because we do not believe our personal autonomy, individual liberty and personal freedom and personal responsibility, and everything with the word “personal” in it, can be trumped by anything outside ourselves, the stats in the first paragraph simply mean that “some win, some lose” and you personally are a day away from winning. No other country in the world has such citizens who believe to the extent that Americans do in these foundational illusions.

We are at core more attached to the free play of the market than to a restraining governmental intrusion in such play. We are at core more attached to anything personal, individual and private than we are to anything social, public and governmental. It’s as if Americans had lived under the Third Reich or Stalinist rule or suffered Mao’s cultural revolution so fearful are we of that Big Brother government that Orwell effectively imprinted in the American cultural imaginary.

History as well as present day headlines indeed show us countless examples of despotic power, the overreaching of government and the curtailment of civil and personal freedom. History also shows us that government has not been the problem in the U.S. but the various eruptions of our Wild West capitalism has rocked the peace and stability of American life. Our failed and heavily flawed wars are the result of allowing market interests to rule our foreign policy. And both Liberals and Neoliberals have allowed that rule to continue.

While we see ourselves as champions of liberty and human rights and democracy and so on all over the world, we are all over the world seen as advancing, securing and protecting profit to shareholders regardless of what alibi discourse we mouth. What has kept us from governmental tyranny is the dispersion of economic well-being and competent education throughout the majority of the American population. Middle class democracy and attendant social and economic mobility allowing recent immigrants and an entrenched underclass to rise to any level on the economic ladder has been good for America. Its collapse into plutocracy is our fall into a threatening regime of power and that power is grounded in our runaway economic system, our Market Rule.

The vicious circle should be clearly observable now: We vote for the personal freedoms of the free market and not for government but that choice has now led us to a great fall from our previously egalitarian directed society and to great hardship, insecurity, frustration and anger, all of which we direct at the government, thus ensuring our imprisonment within a circle of our own making.

So intensified is our anger and confusion now that we seek individuals who mirror our own hatred of government, who despise politics in any form, thus ensuring, if such an individual is elected, that the government we see as oppressing us will actually appear for we can only expect disaster if a self-serving narcissist living in a bubble of his or her own ambitions is elected.

The Dark Politics of Not Speaking About Substantive Issues

Choosing the ‘Arteries that Make Money’