Posted By: Joseph Natolion: May 13, 2020In: Economy, Politics
Print Email 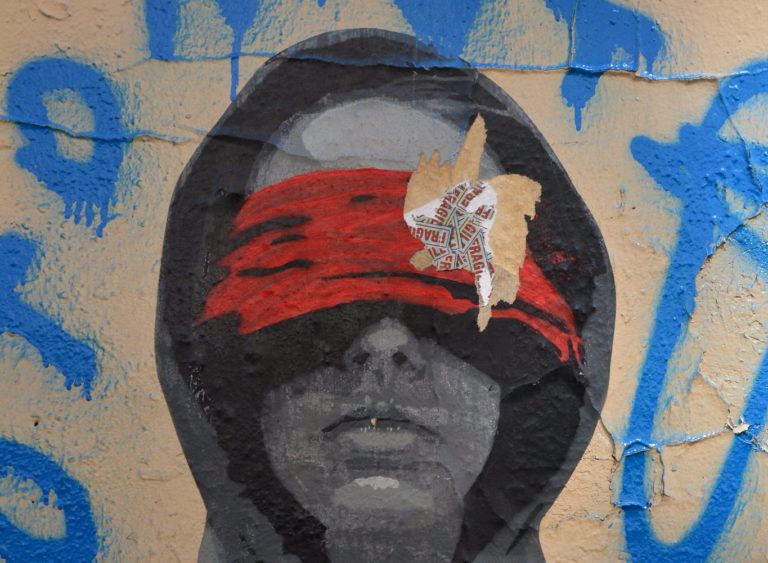 “Sadly, one can image someone – Trump?, Kushner? – calculating the trade-off between business and the human cost, and saying, “they are expendable.”

The pandemic has put President Trump and his beloved market in a Catch-22 situation, one that not all of us are in.

The mutually conflicting conditions on a first level of observation are these: 1. Open to pre-pandemic business level, give wage earners wages and give businesses consumers, and, 2. Shelter in place until deaths diminish and testing and tracing are on top of things.

Unless Federal laws enforce a gradual opening of business, all businesses will very quickly open. American business pushes through pandemics the way Blitzkrieg pushed through Poland. A rise in deaths would close up shops again, including the essential nail salons, if the country wasn’t prepared to adapt to a rise in deaths. It’s clear that President Trump is prepared to so adapt. Apparently, to some minds, its patriotic for the old, the sick, the poor and the soon to be poor to sacrifice themselves.

The escape valve from this cynical scenario is broadcasting our national self-proclaimed humanitarian priorities, pace Wall Street. In this situation it amounts to our proclamation that the old and the immune system compromised continue to shelter in place until a vaccine comes along. Okay, so we won’t sacrifice them. Just the poor and the strapped.

We seem to have resolved what seemed to be a Catch-22 situation. If the pandemic comes in again like the tide and the death count makes the headlines (Gov. Ron De Santis of Florida is citing privacy rights as reason to block Covid-19 statistics), we may be ourselves full of protective, psychological antigens to these deaths, or anxious to move onto something new and therefore bored and angry with the media’s reminders of the pandemic’s casualties. Our attentions want to stream elsewhere, and our fingers yearn to find new apps. When celebrities die, we review their lives; when wage earners die, owners re-hire.

The real Catch-22 is not Trump’s, but the wage earner’s. They need wages to pay this month’s bills but the jobs they return to endanger their lives. It wasn’t Trump who caught the virus, but his valet, whom he knew but didn’t know. There’s an entire message in those words. The wage earner who dies isn’t known or able to make himself or herself known. Ironically, if we lose all such service people, Trump will have to welcome replacements from south of the border.

Those who live on dividends and interest from investments face no Catch-22. Private planes take them where they think they will be safer. Sheltering in place on your yacht with a serving crew is a safe sort of isolation. It’s in fact not much different that life before the pandemic. A cell phone and zoom keep you actively tending your horde. A top 20% meritocratic class has already been working from home, not bound by office or punching a wage clock. Life’s not much different for them. Nannies and tutors, daily tested, can handle, as usual, the offspring. Someone — not you — will cook and clean. Life’s not much different. No Catch-22 here.

I would be very surprised to see the media showing us these anointed lives and hear their stories of how they’re getting along, how life is so different from pre-pandemic days. Instead, what we get are tearful accounts of the unemployed, the crushed, and all those who lived paycheck to paycheck and so, without a paycheck, don’t know how to live.

We cannot make the post-pandemic changes that I’m sure Bernie sees on the horizons by tears shed now in pandemic time when tears haven’t moved the country before. We are more suspicious and fearful of others than loaded down with compassion for them, pace Facebook. The pandemic’s impact would not be crushing wage earners now if inequities long existing had been dissolved. Maybe they weren’t seen because the troubled live among the troubled and the surplus leisure live among the surplus leisure and never the two shall meet.

Nevertheless, what 80% of Americans need to see, these Everyday, wage earning Americans, is clear portraits of those living parasitically and in undisguised predatory style on not work done but money invested. Pandemic is a time to get a clear view of wealth disparities natural to plutarchy but not egalitarian democracy.

This invested segment of Americans, the not Everyday sort, will need some 80% of the population to go back to work so that businesses owned, operated and invested in continue to stoke their financial furnaces. The pyramids always need to be built, a “growing” of the economy that a pandemic will not be permitted to end.

That’s our president’s message, though he replaces capitalism with himself. He will not let the pandemic counter his will, regardless of how many people not tough enough to survive die.

And so, we are not all in this together, regardless of how much money is spent to implant this stupidity in our minds. And if we observe that this pandemic has been handled in true market rule style, competition and not sharing, money to the moneyed and scant to the wage earners, why would we expect that post-pandemic, if we’re alive, we’ll be living like Danes?

What this pandemic, in the early stages, has shown is a Darwinian red in tooth and claw survival competitiveness, despite all the “feel good about our humanity” stories bombarding us. The Winners share nothing but are entirely willing to see wage earners go into battle and die. The president’s Congressional arm, Mitch Mc Connell, won’t supply rations because such Federal largesse erodes the will to win, increases taxes on the wealthy, and moves us back to New Deal politics. The Losers promise themselves they’ll hoard more in the future, everything from toilet paper to face masks, while the burials and mourning they go through will darken any vision of “the common Good.”

President Trump declared himself The War President fighting a war for all of us and so far this war has been conducted like all our wars since WWII: the dispensable wage earner, the already invisible black and brown without any political or social leverage give their lives as profiteers make their profits and leaders proclaim victory.

Indeed, if we valued the lives of those Ayn Rand dismissed as losers, parasites and low humanity, we would all now be in a Catch-22 situation, wrestling with a deeply moral dilemma and hopefully choosing the lives of people and not profit to shareholders. Unfortunately, our economics of self-interest, capitalist rapacity, and zero-sum competitiveness see no situation and no conditions countering its own will to profit. Not even a Coronavirus pandemic.