“There is no such thing as society.”

Free market principles found fertile ground in a psyche deeply mired in the illusions of individualism. Every American now is urged to feel that a personal debt is owed the largesse of neoliberal economics whose proliferation of opportunities to choose, are directly linked to individual self-empowerment. Free market principles are ontologically attached to one’s being-in-the-world. “Life, Liberty and the Pursuit of Happiness” are here grounded in personal choice; the more opportunities for choice, the more freedom gained.

A vicious circle has firm place in the American mass psyche: “One chooses to be free to choose in order to create an inviolable autonomy that comes into being through one’s free choices, one of which is to choose to be free to choose.” The freedom to possess things, the freedom to consume – all succinctly phrased by Barbara Kruger as “I Shop Therefore I am” and “To Be Is To Consume”—ties tightly into an economics of endless possession, of a philosophy of “The Guy with the Most Toys at the End Wins.” As long as this tight psychic bond exists all talk of “sustainable growth” and “steady state economies” becomes fruitless.

Americans are “hard wired” into a frontier mythos of rugged individualism, legendary narratives we acknowledge as cultural memes that are a part of our American mass psyche. Opposed to this are all varieties of socialist entanglements in Europe that are reduced within the semiotics of the American mass psyche as “foreign” in the Midwestern sense of “foreign” as not merely different but dark and sinister, threatening and dangerous. It is not sufficient to explain the antipathy and disdain here by what we know as history: the nightmares that both European Communist and Fascist ideologies created in the 20th Century as well as the fall of the Soviet Union. The notions of interrelationship and interdependence, the products of social and public driven politics and economics, become drawn into the orbit of a dark cultural meme that links “society” with the foreign, the foreign with the sinister, the sinister with “Old Europe,” “Old Europe” with societal constraints and not individual freedom . . . and then back to the first link. Endless circling and no rational way out of this circle or grasp of the forging process itself.

We do know, however, that neoliberalism has melded itself within that psychic forging. And the left hasn’t. The very existence of the Tea Party is proof of this. The strategy-less strategy of Occupy Wall Street (OWS)is to remain outside the neoliberal psyche, point a finger at the consequences of its pathological credo, and yet remain untarred — as the left is not — within the American mass psyche.

The resilience of the neoliberal forging of the American mass psyche has, however,crossed the millennial divide. The mantra here is: “Will it strongly enough and all the forces of the universe will support the fulfillment of your personal will.” This irrational absurdity has hold on the American mass psyche because it fits in and confirms a psychic ontology that displaces and overrides any rational review.

Capitalism’s stake in this “will to power” is obvious: as long as one is psychologically committed to willing oneself out of unemployment or poverty or illness and so on, one has no cause to adopt the left’s investigations. Every American resides first within this mass psyche and is there perennially on the verge of being a Winner, of having the money shown to them, of being, like Dickens’s Micawber, confident that something is just about to turn up.

Millennials had detached themselves from a great deal, cynics would say from anything that smacks of the “offline,” or, what Analogues, ensnared in “back in the day” memories, would call “the world.” American Millennials’s online “social networking” was very rapidly assuming the place that all forms of political, economical, historical, literary and artistic discourse previously occupied “offline.” In other words, the word “social” always meant“personal” and as such stood as a replacement that indicates an absence in the American Millennial psyche for any hook-up with, any app for, the province of the “social.” The “public sphere” had decreasing space in the American Millennial “personal psyche” and therefore it could erect no “public square,” a very confounding state of affairs when one hoped that social networking might facilitate an American version of the Arab Spring revolts.

And yet we are now at the very beginning of establishing a Tahrir or Freedom square within the American Millennial psyche. OWS is using cyberspace as an instrument of social and political mobilization. But the participants of OWS have been forced out of their own personal naval gazing and into the solidarity of protest by what Marx would call material and objective conditions. They are a vanguard, perhaps, but the “heartland” of America is not yet so moved. What holds on is the inconceivability of interrelationship beyond self-interest, an interrelationship of trust and mutual aid. We remain on the deepest level entrenched within illusions of individual personal responsibility launching personal revolts manifested by easily accomplished “unfriending” gestures.

In order to come closer to the sort of revolt we see in the Arab world but a revolt responding to our own American plight, we need to achieve a greater social/public/class awareness. The destruction of a democratic society with egalitarian roots by an unbridled globalized techno-capitalism cannot be stopped by a Facebook “unfriending” gesture. A revolt must take place first within a mass psyche that is right now deluded by uncritiqued notions of frontier, rugged American individualism, carte blanche free to choose, unwarranted assertions of personal responsibility, the trump-all power of “just will it!” and the existence of an autonomous personal agency.

American middle class prosperity, now collapsing, has positioned Americans far differently than their Arab world peers in which an unbuffered clash of Haves and Have Nothings goes on. In the U.S., we see the ascendancy of Baudrillard’s hyperreal colonizing the American psyche. We see a detachment of the individual from the social paralleling a detachment of the virtual from the real, personal politics from worldly politics.

However, in our psychomachia, all this remains in play, without a fixed causal determinacy.

The neoliberal attachment with a virtualized, self-designed YOUniverse is transparent: marketing has colonized cyberspace to the degree that Brave New World soma-like offerings such as pornography, video games, gambling, shopping, sports and celebrity chatter seduce, distract, over-stimulate and repress. An attentiveness is created that is devoted to celebrating autonomy through the gratifications of possession and the self-design of the cyberspace life.

This serves to suppress and repress the sort of attentiveness and resulting critique that the left calls for. Future “populism” on both the right and the left may be, paradoxically, the “Populism of One,” a “Populism of the Individual.”

The conflation of the social into the personal, the public into the private is not obeying ideological boundaries although the left must strive for the opposite if the political solidarity it seeks is to occur.

An ongoing withdrawal into a psychic regime in which individual gratification is achieved through personal choice and will is not disrupted by Americans’ retreat into a cyberspace world of personal design. It is, rather, a setting that fits, a “world” in which all that matters is personal choice and design, a “world” of isolation and detachment from the world that neoliberalism owns.

It is not possible to see if OWS is a wake-up call. It is not possible now to see whether we are at the end of a dark dream in which we privilege ourselves in such ways that are so far removed from the community of others, of all species, and all the interconnectedness of life that mortality rises beyond its natural place and fills us with fear. That fear, in turn, drives our pursuit of defenses, defenses that capitalism itself offers for sale, from big houses and big cars to big bonuses and big returns on investments. Neoliberalism’s credo of “more is always better” attaches itself tightly within a mass psyche riddled with the illusions of indomitable selfhood and the resulting persistent fear of our own mortality. The promise that capitalism offers is escape from that fear, a promise always deferred, never fulfilled, continuously sought.

Once again, it is irrational, absurd and self-defeating to believe in the unconstrained powers of personal will and choice, of any relationship between one’s browsing freedom in cyberspace, one’s choosing and designing of one’s space, and any liberation or ontological authenticity achieved through a virtualized version of endless choices of cereal in the cereal aisle. However, none of what a rationality proposed by consciousness is at work here. Markets proliferate choice, cyber-tech choices are endless and fun, choices confirm our ontological autonomy — and all this is married forcefully within our American cultural imaginary.

As Goethe attested “what is outside is inside” holds true in regard to our notion of time. The neoliberal future is always one of greater luxury, greater comfort and ease, a place where everything goes faster, in which everything we now enjoy is endlessly improved. Within the American mass psyche such endless growth and expanse is eternally possible because the means to this superfluity is subject to personal choice and will.

Capitalism could not have globalized, especially in the financial sector, without cyber-tech and thus our psychic investment in all manner of hi-tech, from I-Pads to Smartphones, lies in the personal freedom that such technology affords. The more apps on one’s cell phone, the more choices one has. And we enter once again that psychic circle. The Golden Age that globalized techno-capitalism offers is achieved through its bond with cyber-tech that plunges into the future in 18 month leaps of accelerated advancement. And our mass psyche rides along with this because it is also bonded in ways that a leftist critique cannot sever and a liberal defensive cannot ever catch up with.

The liberal/progressive role in this psychomachia is forthcoming. 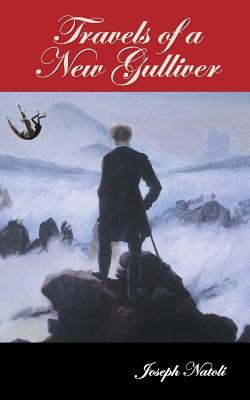 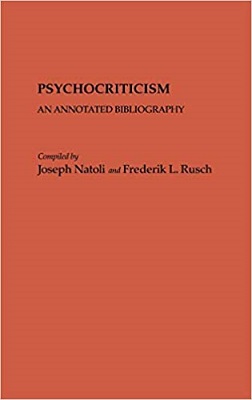