A Machine to Beat President Trump 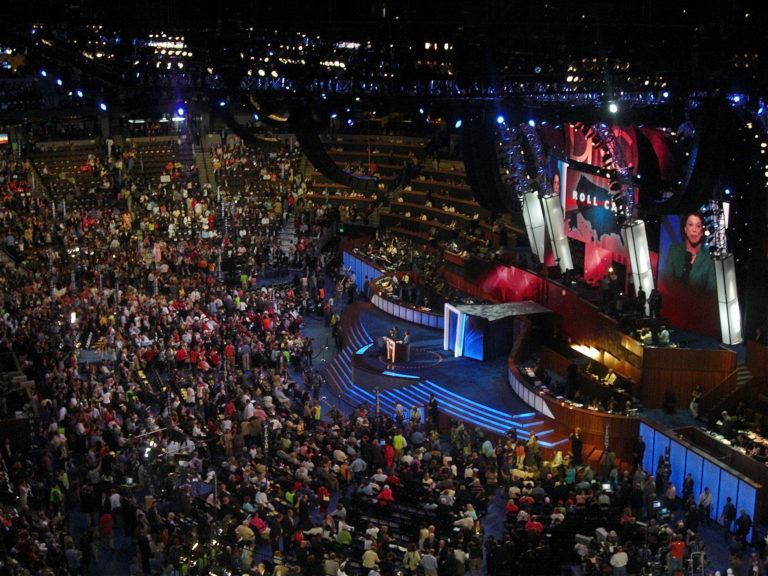 A Machine to Beat

As different as night from day yet there’s one way that Bernie Sanders and President Trump are alike, and Joe Biden is different from both.

President Trump runs a one man show with a supporting cast. As we know from very recent history of this presidency, this liege cast either pays homage to President Trump or they are gone. They reveal their fealty in expressions such as “In the President’s vision,” as if a man without vocabulary could reveal a vision.

In short, President Trump fills the important positions of running government with those who mirror his hunches and gut feelings, his self-professed instinct for everything, including medical science and American mass psychology.

This autocratic buffoonery is a “whatever” matter if you are one of those who believe President Trump’s own assessment that he is a very stable genius and also believe that if he fucks with the governmental order, it’s about time because government, as Reagan said, is the problem

Bernie Sanders is not a high-ranking member of The Order of Narcissism as is President Trump, but he has been for a long time a voice crying in the wilderness against our conversion of democracy to plutarchy, and now with President Trump, to a budding, vile autocracy. The isolation emerges from a fearless disregard for conditions “he finds close at hand,” namely, Americans have a two-fold relationship with the word “socialism.” They don’t understand it and they fear it. Bernie has also been isolated within the Democratic Party ideologically: economics and not identity politics being his huckleberry.

Results of this isolation both in the Democratic Party and in the American mass psyche? Not a large ready-to-go supporting cast. For instance, we know that if Joe Biden is nominated, who the field of VP’s might be. With Bernie Sanders? No idea. Someone else who tags himself or herself as a Social Democrat or a Democratic Socialist or just plain Socialist? Not much chance of beating back the President Trump blitz if the Democrats launch both Socialist prez and VP candidates.

It’s a three-pipe problem to see what kind of Camelot, to use the analogy made to JFK’s administration, with which Bernie Sanders would surround himself. Interestingly, Elizabeth Warren would be one clearly coming to mind for both a Sanders and a Biden administration. “The Wall Street Regulator.”

There’s certainly no Bernie Sanders machine in the wings, like the old pol bosses ran in Tammany Hall, no Leninist CPSU. What Democratic Party members are left with now is the weak power of their party organization and the Babel of strident voices on social media. (Of course, the Republican Party after Trump seems unlikely to disconnect itself from Trump.) The DNC was not a fan of Bernie Sanders’s in 2016 and they are not a fan now. Bernie Sanders does not have the kind of socialist talent available in his own party ready to go at Day One.

But they are certainly available at large and if a President Sanders were to create such an administration, including Treasury and Labor, this would be something the country hasn’t seen since FDR. If presidential candidate Sanders had made this eventuality clearer, he might have avoided the bad press surrounding his “socialist” tag.

He’s not a Democrat, as that Party is now constituted. Because we have no party that will declare itself opposed to the economic system now in sway, Bernie Sanders is an outlander. AOC and others — also not Democrats as the Hillary/Joe Biden/Bloomberg/Pelosi Democrats define the party — may, as a result of this Democratic Primary, which will surely end with Joe Biden as the nominee, expand their dissidence within the Party.

Surely, also, will be a Party takeover of that dissidence, formalizing it as mainstream, if President Trump batters and upends our democracy for another four years. There will be no middle ground or mediation politics when the Trump Leviathan tortures and ransacks for another four years the country in ways so transparently clear that even Mitch McConnell will join the revolutionary ranks.

There’s more than one improbability and one certain impossibility in the last sentence.

Right now, however, what sort of government Bernie Sanders would form and who would be heading all important posts is about as clear in the American imaginary as is his use of the signifier “socialist.”

Not so with Joe Biden.

President Trump tweeted that if Joe Biden is elected, he’s “just going to be sitting in a home someplace and people are going to be running it for him.” May it be so, Mr. President, except the home will be the White House and the people running things will be pulled into service out of the former administrations of both Obama and Clinton, as well as those who, like Warren, Buttigieg, Klobuchar, Yang, Harris, Booker, have yet to serve a president. However, depressing the re-emergence of this machine may be to the Bernie Bros, the re-election of Donald J. Trump would put them way beyond depression.

Bernie Sanders has not that candidate pool to draw from because his ideological purity cannot accept the position tempering a revolt from our winner take all capitalism. Capitulation and triage have been the Democratic position, one that has placed a fight for justice for all marginal lives as a centerpiece of a party that under FDR defined itself as a party of wage earners, of unions, of a bold fight in the battle of labor and capital.

Neither given the severity of our wealth divide is it rational to advocate a socialist strategy that leans into capital or triangulates or accepts a middle path when the victory of capital is a victory usurping labor totally. There’s a ground that Sanders stands on which unfortunately yet remains unclear: it is axiomatic in an unchained capitalism to accept no abridgement of profits unless forced to do so by Federal Government degree, by the functions of an uncorrupted Constitutionally designed system of checks and balances.

Bernie Sanders’s, integrity, his purity of purpose, and the certainty by which he holds his diagnosis of what ails this country, would make it difficult for him to accept a politics of the possible, a politics of compromise, which would be absolutely necessary given the present conditions on the ground, so to speak, in the U.S.

The dilemma then is this: plutocratic conditions undermining any hope of egalitarian democracy withstood by conditions defining any redress of this travesty as “radical Leftist,” “socialist,” and, most tellingly, tried and failed with the collapse of the Soviet Union.

Because surrounding conditions are thus so very far from transparent determination, Bernie Sanders is both blind to and observant of the words of a man who captured the spirit of the 1848 revolutions in Europe:

In the presidency, Bernie Sanders may inevitably be forced to be President Trump-like in forming a body of supporters that support his purity of purpose and eject those who don’t. Just as the devoted Trumpians have faith that President Trump is that stable genius who can force the world into his own mirror image, Bernie Sanders Bros may follow Bernie Sanders in that same path of allegiance.

There is no democratic order in either situation.

After Joe Biden goes through the President Trump and Twitterati gauntlet and reaches, perhaps, victory, we can be assured that he will not be convinced of his own stable genius but rather he will be humbled, not crushed, because Joe Biden has already been through so much crushing stuff, but rather left open to the wisdom of those who have the wisdom to select the many who will perform the wisdom we need to stage a comeback from the ruins of Donald J. President Trump.

That see sawing sentence has as much idealistic conviction and fervor as Bernie Sanders transmits at every rally, at every debate, at every interview. There are no bounds in his view as to how much agitation suffices to achieve his revolutionary goals. How energetically do we respond to a house on fire? A planet? And how radical does such a response seem to those who see no fire, who see no threat except in the Agitators?

This unevenly divided American reality that we are in has settled into two realities, each inconceivable to the other, the top 20% only able to see what Bernie Sanders represents as a threat. Too great a percentage of the remaining majority accept that verdict, though the real threats of global warming, an expanding precariat and now a virus pandemic seem sure to globalize in ways that capital never has.

The media’s failure to cover the exodus of millions of migrant laborers from cities back to their villages was not unrelated to the Great Downsizing. These same segments of the… [...]

One Errant Missile Away: War in the Nuclear Zone

There are six reactors at the Zaporizhizhia nuclear power plant. Is a major accident possible? Quite possible. It is enough to de-energize the plant by destroying the power lines —… [...]

This is No Time for Climate Complacency

The lion’s share of spending in the IRA is directed toward producing new capacity for generating and distributing energy and for developing new technologies that consume energy. Only a small… [...]

You Are Not Chapo Trap House

I love Chapo Trap House. However, I don’t get much from most of the left media that followed them. The only other leftist podcaster I listen to regularly anymore is… [...]

While no one can ascribe specific natural catastrophic events to global warming, their frequency appears to have increased. England recorded its highest temperature ever of 102.4F recently, and it experienced… [...]