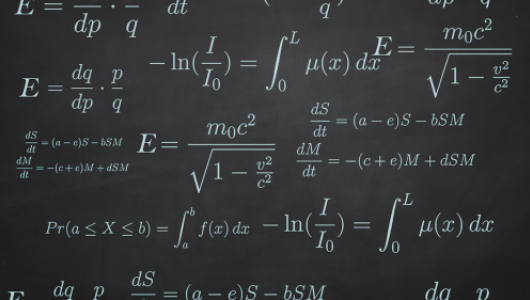 “Reality is not always probable, or likely” Borges tells us, but we are yet, presumptuously and foolishly, driven to find a logic and its calculus, especially regarding U.S. presidential elections.

Immigration: “If the number of voters who do not want to discourage but welcome the tired, the poor, the huddled masses yearning to breathe free, the wretched refuse of your teeming shore outnumber those who want to make immigration to the U.S. as hard as doing time n Rikers, then any Democratic candidate who wins will be representing you on immigration.

Global warming: “If the number of voters who feel that time is running out and that we need to pull out all stops in order to keep the global temperature from rising 3 degrees centigrade outnumber those who don’t want to pull out any stops for an event that might not be catastrophic and will happen after they’re dead, and those who won’t drop their fossil fuel portfolio until their alternative energy portfolio is producing an equal return, and those who hope to make a profit as the new frontier of global warming effects drives an explosion of IPA’s, then it’s not clear what Democratic candidate running for president will represent your view.

Wealth divide: “If the number of voters who feel that great wealth in too few hands leads to power in too few hands and that the resulting plutarchy must be eroded at every point by an egalitarian spirit and resulting legislation outnumber those who have no problem with the wealthy and hope to be in their place if they make the right choices, and those who already have great wealth and enough power to persuade in an inside as well as an outside game that only socialists attack wealth and the wealthy, and those who see great wealth as a great fulfillment of the American Dream, then either Sanders or Warren are the winners.

The Meritocratic, gentrifying elite: “If the number of voters who enjoy the income benefits of an expensive professional education and the benefits of assortative mating of professionals, one of which is to elevate the real estate prices of a neighborhood to the point that only the meritocratic, gentrifying elite can afford to live there, outnumber those who are outside such benefits either because they were born into circumstances that in a severely wealth divided society they cannot overcome and/or they have not the inherited or learning l capacity to climb the rungs of the meritocratic ladder then you can vote for either a Democratic or Republican candidate for the presidency.

Nationalism/Globalization: If the number of voters who connect nationalism with nativism and nativism with a return to white middle-class greatness outnumber those who are positioned to receive the financial benefits of globalized, transnational investments then Donald Trump will win the 2020 presidential election.

Health Care: If the number of voters who want some form of tax funded government paid health insurance including governmental regulation of pharmaceutical, hospital and doctor costs outnumber those who are already content with their union or employer proved health care, and the number who have the financial resources to pay their own health care costs or choose the private plans that give them the full array of care they want then the only choice is between a governmental plan that allows Medicare for those who want it and one that mandates it for all.

Socialism: If the number of voters who believe that socialism in the U.S. would manifest itself as a Scandinavian type socialism without uniformly high taxes on all classes, and totally disassociated in the American mass psyche from the disasters of socialist/communist countries such as the former Soviet Union, China, North Korea, Cuba, Venezuela outnumber those who believe that the word “socialism” always involves loss of personal, political and economic freedom then either Warren or Sanders is your candidate.

Universal Basic Income, aka Basic Income Guarantee: If the number of voters who believe that robotics and AI will replace a significant percentage of the work force thus creating an unemployed class that the small percentage of owners of and investors in robotics and AI need as consumers and do not need as an angry, threatening fury in the streets outnumber those who feel that UBI is an undeserved governmental handout paid for by taxing the Winners and Workers and that the threat here is a moral hazard resulting from any form of welfare then UBI is a winning platform in the 2024 presidential election, not 2020.

Donald J. Trump: If the number of Republican/Conservative/Free Market Globalist voters decide that they’ve gotten all they can get from Trump’s presidency and at this point: 1. He will bring down the financial markets along with a societal stability essential to investment; 2. Destroy a transnational goods, services and investment flow by conducting international business relations and diplomacy as a mano a mano real estate deal; 3. Cripple the economic well-being so badly of even his most ardent followers that an unrest threatening the lives of the Winners will follow; and 4. He will undermine long standing Western/EU coalitions of defense against the Russians, Chinese and North Koreans and thus increase the threat of those countries to U.S. globalized free enterprise outnumbers those who believe that President Trump is a “stable genius” who will in his second term make that America, which wasn’t made great again in his first term, great again then any Democrat will beat Trump in 2020.

Joe Biden: If the number of voters who feel they need a long period of R&R after the Trump presidency, a long release from mad, manic and twisted Tweets, outnumber those who relish the source of continued amusement, witty, dark satire, the erraticism of the Mad Twitter in Chief – namely the presidency of Donald J. Trump – and will go into withdrawal if he is removed from the national scene, then Joe Biden will be elected president.

There are factors outside any calculus of issues.

For instance, the Trump activated conversion of the Republican Party to a populist party raises the question of the durability of populism. Voters in the populace are increasingly grounding their opinions on what or who draws the most Likes on social media and therefore is the most popular and thus establishes populism as a potent voice commandeering a political party. At the same time, what is quickly becoming antiquated and antediluvian is a refusal to equate the popularity of people or ideas with their essential worth derived from critical examination.

Social media, whether weaponized by the Russians or others, or as a ready to hand vehicle of falsity which these media cannot eliminate looms, like Kim Jong-un, as a threat we can’t seem to handle.

According to a Pew Research Center study “[m]ore than making people believe false things, the rise of fake news is making it harder for people to see the truth.” (David Graham, “Some Real News About Fake News,” The Atlantic, June, 2019) In 2018, MarketWatch reported that on “Twitter  false news stories are 70% more likely to be retweeted than true stories, and it takes true stories about six times as long to reach 1,500 people as it takes for false stories to reach the same number of people. . . A congressional investigation found that fake bots spreading inaccurate or false news reports was a key tactic used by Russians attempting to sway the 2016 election.”

There is no reason to assume that this fake news dissemination on social media will disappear in the 2020 election. Rather, it seems that a more severely divided electorate will be further narrowing their reading habits, excluding whatever confounds their beliefs.

Arguments stating that propaganda and misinformation have always been around and that the only difference now is in the platforming ignore the foundational differences in that platforming.

First, social media is simply publication of views without any review of the matter or authority of the author. Secondly, these un-referred views are not published in small runs but have astronomical reach, millions of retweets. And since false stories almost always beat out the truth on Twitter, “penetrating further, faster, and deeper into the social network than accurate information.,” the platforms of social media are a millennial new (no Twitter before 2006; no Facebook before 2004) and lethal virus on the political scene. (Robinson Meyer, “The Grim Conclusions of the Largest-Ever Study of Fake News,” The Atlantic, March 2018)

Lastly, try to calculate whether Donald J. Trump will oppose and contradict a losing vote, regardless of what the final numbers are, and whether he will continue to have blind support in those efforts.

There is no reason to assume that President Trump will graciously accept a loss in the 2020 election. Even if an Electoral College win doesn’t once again make him a winner, the popular vote could easily have multiple sites of questionable, missing, delayed, damaged returns, allegations of Russian intrusion and so on giving Trump the chance to stop any electoral closure or curse a new presidency with a fraudulent ascension. And Twitter would be his dominant weapon of offense. Thus, the 2020 presidential election may not have the next morning concession speech ending that we are familiar with. There is no reason to assume that Donald Trump will follow that tradition.

There has been no calculus representing this man and this presidency.