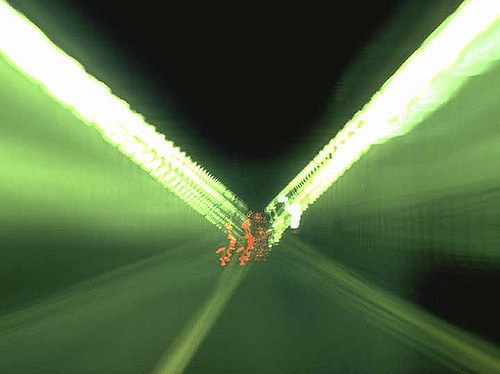 “My own view is that however ferocious the current hour feels, American history tells us that the people, when properly engaged in politics, have always managed to survive even the most divisive of presidents and the most depressing of eras.”

“Civilization is the agreement, slowly arrived at, to let the abyss alone.”

It is an absolute shame but American history has nothing at all to tell us about a society representing itself in two dimensions of reality, one the old fashioned “brick, mortar and Mother Nature” reality and the other a simulated, self-designed hyperreality. Call one The Great Outdoors and the other Cyberspace.

The gamesmanship of politics and the give and take of political discourse now proceed on these two platforms, cyberspace only recently being recognized as more of a threat than a liberating, democratizing force. This is new stuff on the game board. The old stuff, for instance, that history does remind us that even the most divisive of presidents and the most depressing of eras can pass into oblivion, does not really make us optimistic about our descent into the new abyss.

The fact is that we’re not now “properly engaged in politics” because that engagement has been taken over by a hyperreal engagement in which politics as both a moral and social enterprise has become a self-empowering, personal choice affair. It’s you and your Apps.

Selfhood has always been both flouted and restrained, the autonomy of personal will running head on into a sociocultural frame not designed to confirm, respect or support that illusion of autonomy. We have now removed that confrontation of self and world to cyberspace where the illusions of a self-authorized reality-making, no matter how groundless, find confirmation. We can find a kind of authorization for our opinions that the Great Outdoors denies. And because we are now very far from respecting or acknowledging any authority emerging from outside our own self constructed narratives, we have become fully absorbed in our hyperreal platform.

We have in short freely and enthusiastically stepped into the abyss, into a domain licensed to go without censure or arrest far from the truths and realities of The Great Outdoors. That abyss that civilization leaves alone is filled with the illusions of our personal autonomy. It is also filled with “fear and trembling, sickness unto death” emerging when nothing means anything anymore, when nothing proves anything anymore, when a mosh pit of “alternative facts” empty all fact and evidence of meaning and any common understanding.

While it is true that Donald Trump, both as campaigner and as president, has taken advantage of our descent into the maelstrom and our retreat to cyberspace as a refuge, battle ground and court of public appeal and judgment, the psycho-cultural state of affairs we now find ourselves in will not, as he will in time, leave us.

Loudness and repetition on Twitter of countless lines of  simulacra laid down daily do not wait upon the fact checkers, the methods of science, the interpretations of critical minds, the protocols of an old order unchallenged by the alternative hyperreality of cyberspace. Ever new departures from an old order of reasoning and understanding emerge in the hyperreal within which we now find ourselves more comfortable.

There’s a cleverness  and skill to Trump’s laying down lines of bullshit so fast the old machinery cannot respond, a cleverness to his realizing that none of it now can be in any determinate way refuted, erased, laughed out of existence. The unceasing rolling out of “truth stories” crushed by other “truth stories” in a fevered, angry game of crushing each other’s opinions is, I would say. yet another version of the abyss.

In a way, we have gone beyond the Looking Glass and cannot return.

Global warming has not reached the American mass psyche because it is not a threat to cyberspace. Smart phones lost are more frightening to us than a planet lost. We prefer code to cursive, whispering to our phones than typing, videos rather than words. It may be that so much of this seems tragic and sad only to writers. We are quite suddenly moving further and further away from reliable words, coherent sentences, and a capacity to critically interpret rather than opinionate. There may be personal satisfaction in tweeting one’s views, in launching “truthful hyperbole” but it’s clear by now that such is not a path to any common understanding. Without that, we step closer to the abyss.

More frightening and ludicrous is our turn to the new authorities, to the bright young algorithmic minds behind our social media, to discover a new mapping for us, personally, socially, politically and in every way culture is, as Raymond Williams wrote, a whole way of life.

It is as if the damage done to the Great Outdoors will somehow be dealt with satisfactorily by some arrangement of the Mad Hatter’s Tea Party world of cyberspace. That we are always already within the Great Outdoors, our lives neither outside it nor existing in cyberspace, should drive us toward an understanding that in such a symbiotic relationship when one dies the other dies also. There is no death in cyberspace, no incentive to live our Great Outdoors life fully, conscionably, socially, none of that pressure that only mortality creates.

It is conceivable that our preference for the online world now has roots in the deterioration and immiseration of so many lives in the offline world. That Trump is both an agent provocateur of an immiserating economic system and the savior elected to change that system –“drain the swamp” — is apparently obvious, mindboggling and fascinating in a perverse way. Not so obvious, of course, that it is sense cannot be “crushed” in the Twitter moshpit. That unchallenged economic system, unchallenged by both political parties, has already eaten up the security and well-being of some 80% of the population, although that destruction and injustice has scant impact in cyberspace. Indeed, regardless of how much one is victimized and exploited in the Great Outdoors, one can enjoy a domain so easily commanded by one’s own choices. Here, as the poet Wallace Stevens wrote before our reality faced a counter hyperreality:

Let be be finale of seem
The only emperor is the emperor of ice-cream.

I suppose that to step away from the abyss and rebuild our defenses we will need to curtail the opinionating and the “crushing” of each other’s opinions, which means we will have to step away from cyberspace and re-enter the Great Outdoors.

We can probably accept what has always been the case that we humans live within the stories (narratives) we culturally (“whole way of life”) construct and live within. We are steadily “worlding” a human life world, which means it is possible to re-configure and re-construct one in which damage done to both the majority of the population and the planet itself by our throw of the dice economic system is mitigated.

We seem, however, intent on looking to our cybertech and its productions of hyperreality as somehow taking us close to the Great Outdoors and not away from it. Twitter, for example, has already done damage to our electoral politics. Nevertheless, we are presently dealing with this damage via Twitter, attentive to President Trump’s tweets as well as responses to them. We are informing ourselves via Page Rank, the Google system, of retrieving in hierarchical fashion what is worthwhile reading. Just as we seldom scroll down beyond one screen on a Smart phone, we seldom scroll down beyond one screen of Google. I say nothing about the endless unrolling of sad and superficial, virulent and mocking, happy and cute that Facebook offers.

In short, it does not seem likely that we will curtail the distractions and stimulations, the whirlwind of unvetted and uncurated opinionating of cyberspace. That economic system, I cite like a dark sentinel crow, is invested in both the profits made by attracting so many eyeballs as well as fueling those distractions