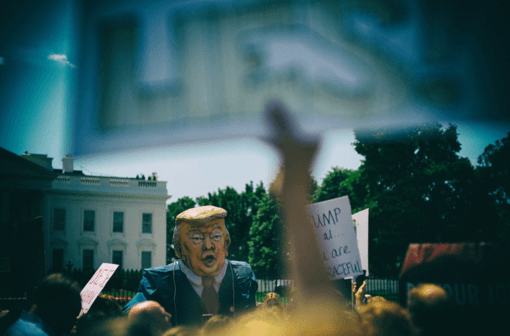 “A federal appeals court on Wednesday evening stayed a lower-court ruling that former Trump White House counsel Donald McGahn must comply with a House subpoena after the administration appealed, arguing the battle poses great consequences for the balance of power between the legislative and executive branches”.

There are three obvious reasons why the House of Representative is determined to move with all deliberate speed to impeach President Donald J. Trump.

Doing nothing would violate the Constitutional role of the Congress to investigate and check if needed plausible abuses of presidential power. Absence of action on the Congress’s part would relegate their role to one subservient to the executive branch. Doing nothing because loyalists to the president would do nothing, or because the American public is not unified in doing something (big surprise, this) are not reasons for the Congress to violate their Constitutional role.

The view presented by Jonathan Turley representing the Republican Party in which he states:

“In the current case, the record is facially insufficient. The problem is not simply that the record does not contain direct evidence of the President stating a quid pro quo, as Chairman Schiff has suggested. The problem is that the House has not bothered to subpoena the key witnesses who would have such direct knowledge. This alone sets a dangerous precedent.”

I don’t know why Prof. Turley is ignoring what we all know, namely, that the House has bothered to subpoena key witnesses, but they have been following President Trump’s directive: “We are fighting all subpoenas from House Democrats.” Turley wonders why the House has not brought this matter to the courts as it has for Donald McGahn, but McGahn can still defy a subpoena because the federal appeals court overruled a lower court decision compelling him to testify. A final court decision, for just this one individual, looms somewhere in the future, surely at a time when the House, awaiting such decisions, would have lost all credibility in the public eye and more significantly would have undermined its own Constitutional authority.

It’s also difficult to understand why Prof. Turley does not recognize circumstantial evidence, namely, the kind of reasoning that allows Sherlock Holmes to make his deductions and courts to allow evidence to lead to conclusions. We infer, to quote a classical inference, that if all men are mortal and that Socrates, being a man, is therefore mortal.

The third reason encompassing both substantive and procedural aspects has much to do with feeding the autocratic impulses of the president if the House backs away from impeachment. It also has much to do with possibly obstructing those autocratic impulses of President Trump from doing all he can to mock and sabotage the electoral order and its results and set this house on fire if he loses.

The country is in a very odd and difficult situation with this man as president, not only because he’s a one man proof that Rational Choice theory has no universal validity, but also because he’s gathered so many who depend on him, from pushing an anti-Green New Deal agenda to fulfilling some existential need to “make America great again” via this very sorry illustration of humanity.

If the House were to back off and let the President do as he wills without oversight, checks or re-balancing, Donald J. Trump would, through Attorney General Barr and Twitter, run his own impeachment of everyone who even thought about impeaching him. The Attorney General is now engaged in doing just this regarding Mueller’s presumption in investigating the president. If the House were not to back off, their present course of action, Donald J. Trump would, through Attorney Barr and Twitter run his own …….and so on.

Impeachment by the House, even though the Senate will not follow through, will fuse a Trump assault against any and all involved with his impeachment in the House. The Senate’s vote against impeachment, most likely without any censure and more likely with an apology, would juice this untouchable president to new heights of autocratic, arbitrary, capricious, mad, manic, bad and dangerous activities, domestic and foreign.

Think of your 14-year old’s chaotic, selfish mania unleashed upon the world. Apologies. Think of Apophis, ancient Egyptian demon of chaos, who had the form of a serpent and, as the foe of the sun god, Re, represented all that was outside the ordered cosmos.

Juvenile as he is in his desire to have all things his way, Trump is, nevertheless, a serious threat to a Constitutional order of things that we now see as very vulnerable to autocratic attack via our very social media. Though vulnerable and already turned to plutarchy by our economic hegemony, this order more clearly deserves our support than do the blind passions of this man.

The Republic Party is also in dire straits due to this man, but its course is as determined as the Democratic Party’s impeachment response.

Not repeated or with any volume is a reason why Republicans will do all they can to see Trump get a second term. Put blankly, he can do more for the plutarchy’s order of things than any Democrat can. (Wealth concentrated in 20% of the population and the pervasive power resulting equals plutarchy). The Green New Deal, for example, is in any Republican’s eye something like a smallpox blanket passed from hand to hand in the Democratic Party.

Market Rule and all the efficiency of its rule bullshit has so very much to lose with any Democratic president because that party is now heavily influenced by Elizabeth Warren and Bernie Sanders, though neither may wind up being the Party’s candidate for the presidency. party. Even Biden as president – dazed, confused and weak — would be forced by his own party to recognize race, gender, LGBTQ, climate and a taxation assault on the rich. The first three serve to incite the God, Guns, and Gays core of Trump’s support. The last two, climate and taxes, are direct hits on the supply base of plutarchy.

With Mayor Pete as president, we’d have what the French have with Macron: a president unloved by both parties, though I believe market Republicans will take to him over time while the Democratic Left will regret their support.

A Trump benefit to the Republican Party is that he is not only impervious to criticism, but he attacks his attackers, to the great amusement of his followers. He wins in a climate of spin, spectacle and uncontestable “narratives.” Such is the present American climate. All that is sacred on the Left is mocked, whether it’s the death of the planet or the death of liberal democracies. Nothing with President Trump in a second term will come to a resolvable debate as, like Ahab, he doesn’t debate, though the megalomaniacal Ahab wrestled with his conscience. We see no sign of such wrestling in our president.

There remains a great deal that any market conservative can get out of a Trump presidency, all the wreckage he can create weighing very little contrasted with what wealth can be protected and what threats to it can be erased. Obama’s eight years were for the most part stymied but still an annoyance and retardant to Market Rule. Trump’s eight years would set fires everywhere, but not to the plutarchy.

Of course, if Democrats hold on to the House, the president who sets these fires can be impeached again.