It’s probably fair in every quarter to say that our root problem right now is being able to see where problems are, which views of problems are right and which wrong, and of course, following all this confusion, getting everyone on board as to what must be done.

If in the past this was a kind of academic/politics as usual/perennial situation, it is now a “blood in the streets” situation, itself, a big problem.

Why? Short answer: epistemology has gone populist. How we know is now a personal possession that we will fight to the death to defend, a scary situation because it’s a personal fait accompli which preempts any refutation. It’s a non-dialectical sort of epistemology in which you talk to your bathroom mirror and he hears you out and goes along.

How did this happen? One thing we know is that this condition did not develop in the way Kant’s critical reason ideas did, or the way heavy water led to a nuclear bomb, or the way Madison, Hamilton, and Jay wrote the Federalist Papers, or the way the world was created in the Genesis view, and so on. There was no architect, no group think planning where we are now.

Cyberspace is a new place in the world, not really in the world, in which we now act. Nothing like this in human history. And because the way in which we act in this alternate digital reality liberates everyone’s personal way of knowing while at the same time no way of knowing goes unchallenged, or can establish a universal acceptance, we have an explanation as to what I described as our root problem in the first paragraph.

When we act and perform in cyberspace, we have already by passed the need to know how we should act. Ways of knowing have in a sense been antiquated, a more lethal obsolescence than Kodak film, CD’s, home phones, paper maps, snail mail and so on.

Perhaps reading digitally is not any different in effect than reading a printed book, or learning on-line than in a classroom, or allowing the GPS voice to replace your dead reckoning capacities but there seems to be no good side to “just do it” without thought. Gut feelings or opinions are now conclusions and not the stuff we traditionally/analogically sought to “bracket out” preliminary to attempting to know something.

We literally now cannot find a pathway to knowing anything other than what we believe, in a delusional way, we ourselves have the freedom of choice and self-authorized authority to know. Searching on Google packages knowing and acting in such a powerful way that the instrumentation of the digital search makes us feel we are on a pathway of knowing. Rather, what seems to be the case is that we circle within our own “conceivabilities” while leaving out everything that would break this vicious circle and create a fruitful path of knowing.

The “blood in the streets” kind of not knowing/but acting aspect emerges when one cockamamie self-authorizing “knower” ready for you to die for not acquiescing or confirming his knowing finds another cockamamie in cyberspace who does. I’d say that was a good description of where we are now as a community, a term I use sarcastically because if communities are imagined as Benedict Anderson theorizes, then we’re now imaging as many disparate communities as cyberspace has room for. And it’s infinite. The world isn’t, but it is.

What we do in cyberspace is not imagine because we no longer have need of imagination when we are all certain, ready to fight to the death, about everything. Imagination is a way of knowing and all such are now outdated. We don’t have to extend our imaginations when what is real and true is already what we have grasped. This is a delusion destructive of knowing what we need to know to escape the existential problems we face.

Nevertheless, we observe during our Covid pandemic that the scientific method has not received the respect it gives itself and in fact has been forced to protect itself from clowns. Fauci or Trump? The country is divided. Science or Clown? The global warming response being made by science has also had to defend itself from the accusations of clowns.

The scientific community’s response to a collapse into a populist epistemology running rampant in cyberspace is to ignore it, rather in the way an oncologist ignores the “soft and fuzzy” declarations of the patient. If I repeat my claim in A Primer to Postmodernity that if we look back in history, we see that all sorts of ridiculous notions (from our current perspective) passed as “Truth,” I am invariably reminded by the scientist that Truth is not relative. While I admit the perennial truth of photosynthesis and the chemical make up of water, I find that such scientifically determined truths do not help us in dealing with the cultural/societal shaping of truth. It does not help us or itself in ignoring the populist degeneration of truth into opinion.

Within any context, one seeks stories that seem most reliable. We also seek within any context, authorities of knowing. We talk to an oncologist about cancer; a carpenter about building a desk; a cook about cooking and so on. But because the context fashions not only what we seek to know as true but what is true, we need to know the politics of context. Why, for instance, were the Founding Fathers not thinking that all men are created equal would include slaves and women?

Historians study changing contexts and the values and meanings, the truths and revelations, virtues and vices, the blindness and insight of the past. Equality may be a virtue, a right, a truth but obviously in our capitalist system wanting to be rich is a mission to escape equality. The whole perceived benefit of being rich is to be an equal only of the rich not of the poor. Every known religion places a need to love others as we do ourselves; a truth to which we all aspire. Nevertheless, it is also “true” to say that we live in a culture in which I win if you lose, and I will get mine and leave it up to you to get yours.

It’s hard to see how a system built on vicious competitiveness holds to any truths of any moral system or religion. Most of the secular humanists are enjoying the dividends that the meritocratic system provides them. Being philanthropic after denying living wages to your workers is not evidence of the presence of a moral truth in our world.

Because reality has gone off into an infinite digital space, context, like knowing, has been superseded, rendered irrelevant. The chaos of what has become the context of our society and culture makes it impossible to trace anything held as truth to its contextual origin. We are, in short, spinning wildly in a space floating above any of those points of reference that guided us historically, reference points we ourselves were able to make.

How to do politics in such a space? How to educate? How to establish any order of things that unites more than divides? How to know what needs to be known for this planet to survive? And, how to convince enough people that this is what must be done for this survival to happen?

Right now, we can’t get enough people to take two vaccinations to hold down the increase in variants to the Covid virus. We can’t convince some 40% of the population to believe that Biden’s election wasn’t stolen from Donald J. Trump. We can’t know what we desperately need to know because our ways of knowing have collapsed into a chaos of twittering, into unreachable minds lost in the illusions of self-authorized knowing, no other context than that. The world that gives support to such is not the world we are in but rather a cyberspace where all manner of conspiracy lunacy and Mad Hatter declarations find their confirmation.

Cyberspace, however, is not the Genesis of our fall from a productive common understanding of ourselves and our world. The digital revolution did not hollow out an economically mobile economic middle and leave us with the two historically well-known ends of plutocracy: wage earners and dividend/interest recipients, hands working toward an elusive, sustainable living and money working to make more money toward vacation rocket flights to outer space. We had not found a path out of this mess before we went digital but since then we have certainly lost a mutually accepted path to common understanding. We have fallen into a populist epistemology which is post-epistemology. In that place all manner of craziness emerges, from conspiratorial “logic” to “we use alternative facts” to “I won this election by a lot!”

The most tragic aspect of the populist epistemology is that its numbers do not lead to common understanding and the prevalence of nonsense, though it garners billions of “Likes,” is fatal to what we need to know. 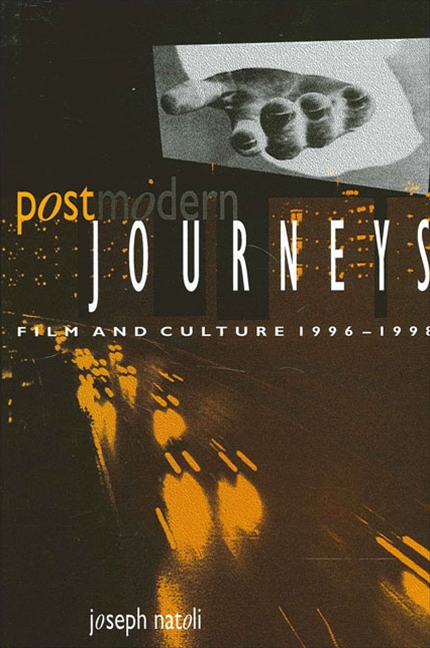 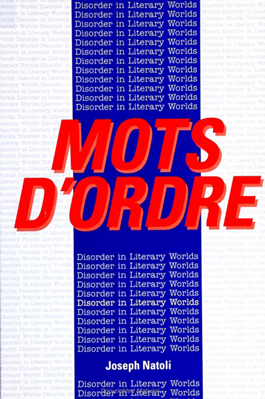 In the Looming Shadow of Civil War