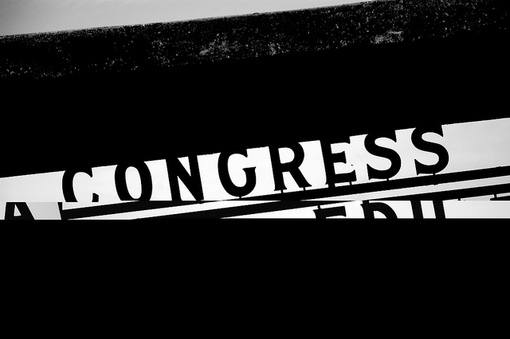 We know why dividend recipients who live on return on investment (le ROI) and not wages are Trump supporters, though they may hold their noses and keep their support to the privacy of the voting booth. They may even express Liberal disdain and disgust with Trump as well as empathy for separated immigrant families, Black lives shot and killed by police, the LGBTQ community, and the planet itself as its warms to crises levels as the Dow Jones rises. And so on.

The king here, however, is truly their portfolios and though it is argued that Trump has had little to do with this second longest running bullish market, his tax giveaways to the dividend recipient class as well as deregulation rollbacks have greased the wheelhead of the stock market roulette wheel. It is also clear to this dividend recipient class that a Democrat regime of the Bernie Sanders’ sort would hurt them badly and an Obama-like regime would roll them back to a frustrating investment limbo.

There may indeed be greater need for disingenuousness among Democrats, as Republicans have no need to hide their disinterest in the cultural /identity politics of the Democrats. But President Trump has forced just about most of the Republican Party into a disingenuous disinterest in his Mad King George III behavior.

A second disingenuous class of voters would be those linked by what Christopher Lasch called “assortative mating,” that is, two professionals or semi-professionals marry and have a combined income which puts le ROI on the top of their priority list.

The former attention of either partner might perhaps have been on defending all entities tagged “public” or keeping global warming below a 2 degree rise or doing something about the astounding fact that real average wage has the same purchasing power as 40 years ago.

Either one’s single income might have kept them affiliated with a whole demographic that their combined income moves them away from, both literally as they are “moving on up to the Eastside,” the 1975 TV theme song that disingenuously displayed a mobility for Blacks that never happened. The high school or college teacher or para-professional or bureaucrat and so on whose single income kept him or her within or close to a politically radical niche making them the intellectual workers Gramsci called for have, by joining with another of the same economic status, joined the le ROI class.

We cannot overestimate the distancing such changes make. Differences now involve inconceivability as well as incomprehension. “I can’t understand how these people live”has been kicked up to “I can’t conceive such an existence.”

There’s a third disingenuous class of voters who support the Trump regime: those who loathe and are offended by the presence, ways, manners and looks of people different than themselves, reactions they themselves do not express publicly but warm to Trump’s boldly expressing such feelings.

Of course, there are the out and out racists, bigots, misogynists and homophobes who are not shy of expressing their feelings. We can count on their support of Trump as he does. But how great is the number of the disingenuous here, those who conceal the venom of the reptilian brain but in the privacy of the voting booth will reveal their true feelings? Despite the fact that cyberspace invites anonymous hate speech, it is not a speech we have made welcome in the public sphere. We are more circumspect in public reality, more forced into a disingenuousness that rankles.

Rather than entering a post-racist phase, which at the start of the new millennium, we happily declared, we exist now in either an open rebellion against our hate being gagged or in a state of deceit we widely share. In this state of mutual disingenuousness, there is nothing transparent about any guise of hate and prejudice and that is evidenced in how easily charges of such are levied and how impossible it is to be exonerated.

Once again, this class of disingenuousness crosses party lines.

What we can note here is that in none of these domains is party affiliation or ideology pertinent either in interpretive or explanatory ways. It may, however, be easier to understand personal economics driving a vote than fear and loathing. But, once again, the pressure to conceal a greater concern for profits than for people is greater among Liberals than among Neoliberals. Someone deeply invested in the market would vote for a regime that favored increasing profits and thus shareholder returns above redistributing tax money to aid people not invested. That is a preference dividend recipient Liberals will not profess, especially in a climate where such a preference aligns them with President Trump, the Liberal nightmare.

The question remains as to how much disingenuousness exists among Liberals and how great a fear exists among Neoliberals of the damage the president is doing to their globalization and free trade foundations as well as to their brand. Neoliberals do not have to pretend to prefer people to profits but they do have to pretend that the Republican Party can come out of the ashes of the Trump regime, that Trump has done and is doing no damage to a Constitutional democratic structure. Of course, it is that structure that both parties disingenuously believe survives in our clearly plutocratic order of things.

When we lived in one dimension of reality the bent timber of our humanity, call it the low reptilian brain side, mostly broadcast its venom to the bathroom mirror or to associates at a neighborhood bar. A degree of disingenuousness was required in the public sphere, on the job, in the classroom, in church, in sports, vacation outings and so on. One had to conceal one’s repulsion at the sight of this or that kind of difference. Perhaps it was the Christian “Love thy neighbor” or the welcoming words on the Statue of Liberty that held hatred in check. When reality went multiplex as cyberspace joined reality, as if it was a glorious progress that brought it to us in multiple platforms, there was not only a sense that this was a lawless free zone but that you could easily find “friends” of like spirit, or, lack of it.

As Liberals pushed political correctness — a target now for those rankled by being forced into disingenuousness — cyberspace pushed “Say What You Will.”

If you said the World War II Holocaust never happened or “He was just using alternative facts” or “Truth isn’t truth” or Hilary Clinton was running a child sex ring behind a pizzeria in D.C. and you didn’t find any of yourgo to sites in cyberspace convincing you otherwise then it became clear to you that anything could be said with impunity. It became clear to you that nothing proves or disapproves anything now.

The cyber gates of freedom opened and there was no need to be disingenuous. There was no rebuttal or retaliation to be feared. You did not have to cover up your hate and disdain, your paranoiac fear of deep and dark conspiracies, your feeling of being cheated by people your president had identified.

So, this is the last demographic of disingenuousness: the “Tell It Like It Is” without fear of any form of censure.

And this too crosses party lines as Liberal abhorrence of Trump followers cannot be contained within their own civil and civilized pretensions, as Trump followers’ angry mockery of Liberals recognizes nothing beyond and above the truth of their own feelings.

It is a sad and obvious state, transparent to all of us, but not I think as determining as what is not transparent.  Varying guises of disingenuousness make it now difficult to know what the November elections will reveal.