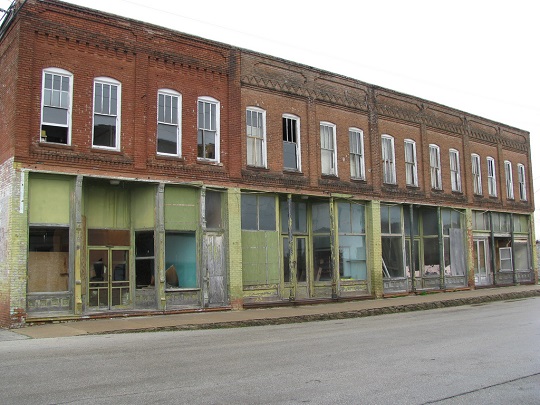 “The solution of social problems consisted in the adjustment of conflicting interests; and the real business of politics, then, was simply the control of work and of the conditions under which work was performed. The liberals were altogether wrong in their insistence on individual liberty; in society, the parts must be subordinated to the whole.”

The fact that 6% of workers in the private sector are now unionized may mean that unions are no longer needed, that conditions in the new “gig” and “share” economies now make unions irrelevant. “Independent contractors” now have all the personal choices that unions denied them. Workers have succumbed to the liberating freedom of market forces.

Resistance is futile; you will be assimilated.

However, what is there for everyone to see, except a political party representing wage earners,  is that outsourcing, robotics, AI, and cyberspace have already replaced  unprofessionalized workers and their work and have set up for extinction, or at very least, a defensive restructuring, of professional work and workers. The designers of a virtual/digital replacement of all this are themselves scheduled for replacement by their own creations. Only the owners, the landlords of the machines and their investors reap a return, and they are not workers nor do they work. The co-operation between worker and mode of production, which is itself a productive force in Marx’s view, is replaced solely with the power of ownership and capital. (“[A] certain mode of production, or industrial stage, is always combined with a certain mode of co-operation, or social stage, and this mode of co-operation is itself a “productive force” The German Ideology, 1845)

We see no attempt by the Democratic Party to engage in the research and development needed to create a vital counter to this planned disappearance of work and workers.

Larry Page, co-founder of Google, envisions work being performed by smart machines and workers liberated into “leisure.” I have no idea what historical or philosophical context Page is evoking with the word “leisure” but it does seem that the course of devaluation of work and workers that Marx described has here with the idea of a “liberating leisure” come to its tragic and ludicrous end. “The devaluation of the world of men is in direct proportion to the increasing value of the world of things. Labor produces not only commodities; it produces itself and the worker as a commodity – and this at the same rate at which it produces commodities in general.  (Estranged Labor, 1844)

The worker as commodity is now fast going down that path all commodities are going — cyberspace replacement, a collapse of worker into commodity and the “social stage” into a slow competitor among an ever increasing number of digital/virtual platforms.

Owning the means of production and thus a worker’s share in surplus profit is not going to be the destiny of the 44% who voted for Trump. Neither do I see their personal choices and individual freedom meaning anything more than what they have always meant: inflicted illusions drawing the Many away from inter-dependence and solidarity and toward “market forces,” which are not supra-human forces but a Monopoly game like economic system’s axiomatic arrangement of power and wealth.

The wealthy, whether Democrat or Republican, are invested so that they can enjoy the profits of a smart machine world.  This does not set them up to bemoan the loss of work and worker, of wages they themselves never depended upon.

The cultural left, left of the conservative’s candid mission of profit only, keeps clear of the issue of economic rights and one has to ask why. If the Democratic Party is not a party of profit only then it seems to logically follow that they would direct themselves to an idea of work not for profit only, of workers not as commodities now scheduled for extinction. We see no resistance here since Reagan, perhaps because resistance is futile or that Reagan’s “Voodoo economics” totally defeated FDR’s proposed Economic Bill of Rights.

What we see in our party duopoly is that Democrats, like Republicans, are not roused to anger and action by the coming advance of work to leisure mainly because it is not an issue they feel in their lives. They feel closer to the globalized techno-capitalist system that increases their dividends than they do to those in the Rust Belt and in the rural areas of America who live on wages, wages vanishing before their eyes.  Bernie Sanders went head on with the rapacity of the economic system and the DNC fought him before any Republican had a chance.

In every state, though, inequity between wealthier and poorer districts continues to exist. That is often because education is paid for with the amount of money available in a district, which does not necessarily equal the amount of money required to adequately teach

Education is an issue that invested Democrats have joined with invested Republicans in seeking to privatize, aka turn over to Wall Street investors, both offering bogus reasons for doing so, from the benefits public education will receive from the for-profit schools to “choice,” the personal freedom to choose mantra, which Democrats fail to deconstruct.

The allure of dividends from this new marketing frontier plus the fact that wealthy Democrats and Republicans already send their own children to private schools perhaps explains the Democratic failure to bring funding equity to all public schools.

This seems a crude analysis, a false and undeserving charge but we cannot ignore what is staring us in the face, namely, that issues such as wages, health, education, and retirement are not equally recognized in a severely wealth divided society.

Health care, including abortion, for the wealthy was never dependent on the Affordable Care Act or its repeal. A top 20% of the population, some 65 million Americans, has no vested interest in Social Security, Medicare or Medicaid while the median savings for all others is $5,000. The only vested interest is a tax one: fewer taxes on everyone if these programs are eliminated. If privatized, profit awaits the invested class. 94% of millennials do not believe Social Security will be around for them; 70% feel retirement is a personal, not governmental matter. This is not an attitude that either wealthy Democrats or Republicans want to change. This is an abandoned battle field.

The issue for the wealthy regarding the Affordable Care Act was one of tax relief if the Act were to be repealed. One other connection the wealthy make here is with investment in privatized health care, insurance and pharmaceuticals. Replacing all that with socialized/nationalized health care would hit investments hard. The Democratic reluctance to stand behind single-payer is as effective an obstruction as Republican opposition to it.

Wealth is its own party and creates affiliations and affinities that Republicans openly express and Democrats conceal.

It may be a matter of conscience to put individual liberty, equal rights, and “The People” before profits. However, the past forty years show us nothing but the growth of plutarchy and the continued immiseration of “The People,” Hillary’s “Everyday American,” Trump’s 44%.

The past shows us a duplicity and disingenuousness on the part of the Democratic Party, a huge gap between its pretenses and its efforts that has done much to contribute to why politics is a dirty word in the U.S. and to why a scary number of Americans are looking for candidates who are ignorant of politics and promise to remain so.

The failure to prevent a Donald J. Trump reaching the presidency has much to do with both a Republican long time playing to the worst in our human natures and to a Democratic hailing of an ennobling political and social correctness while doing little to upend a market rule that benefits only the dividend recipient class.

Climate change, a signifier that like “Obamacare” works for Republicans, polls low in interest among voters, which should be an incentive for Democrats to put global warming at the top of any candidate’s platform.

The Green Party has stepped in here to fill this void, siphoning votes from the Democrats in any election while registering a legitimate protest that the Democratic Party refuses to adopt. What is the reason that the Democratic Party will not unite with the Green Party, making global warming its top priority? Why resign to a status quo in which a problem that stands to make the planet uninhabitable for humans does not arouse much interest in voters?

The party of profit to shareholders has no incentive to minimize those profits by ending fossil fuel production but what is the Democrat’s excuse?

Once again, Democrats are thrown into a state of inaction, considering the dire nature of the issue, because its ruling faction, like the Republican’s, is of a wealth class heavily invested in every form of toxicity that must be eliminated. The real political outsider on this issue surely should be those who will be around to experience the upstart of a failure to put habitable planet before profits.

The Democratic Party will not be able to reach Trump’s 44% until they take an honest and open stand against the economic mechanisms, almost axiomatically in play, as well as the power regime blessed by the same, both of which they are bound into, hand and foot. It remains to be seen whether abandoning this segment of the population will reshape the Democratic Party as deeply as abandoning traditional Party fronts.