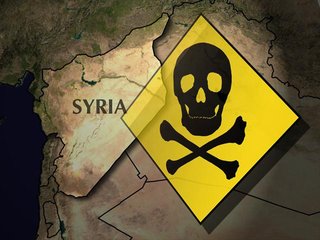 United Nations human rights chief Navi Pillay is calling for an independent investigation into war crimes allegedly committed by Syrian rebel fighters. . .Pillay said those on both sides of the war who break international humanitarian and human rights law need to be held accountable. She said rebel forces should not think they are immune from prosecution.
“UN: Syrian Rebels Suspected of War Crimes,” Voice of America
http://www.voanews.com/content/un-human-rights-chief-pillay-says-sysrian-rebels-suspected-of-war-crimes/1722771.html

[I]f reading the news or watching television and thinking about the poor Syrian civilians is leaving you so conscience-stricken that somehow allowing the civil war to continue is intolerable, then think about all the other suffering you aren’t seeing on TV. Try doing something to help some of those people.
Matthew Yglesias, “The Case for Doing Nothing in Syria,” Slate