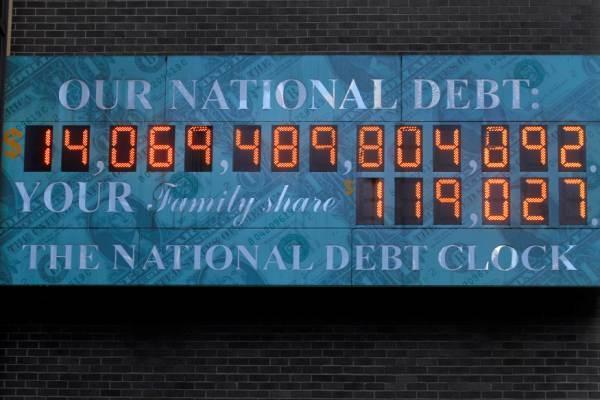 “This is our first task, caring for our children. It’s our first job. If we don’t get that right, we don’t get anything right. That’s how, as a society, we will be judged. And by that measure, can we truly say, as a nation, that we’re meeting our obligations?” President Obama’s speech at prayer vigil for Newtown shooting victims.
The Newtown shootings clearly indicate that if our society were judged as to how well we care for our children, we would I think be judged as oblivious to many areas with which we should be seriously concerned.

We are presently failing to care for the future generation:
1. By remaining silent regarding the disastrous class/wealth divide while continuing to pretend every child faces “a level playing field.”
This failure to acknowledge the present asymmetry of power in the U.S. preempts any understanding of the ways in which that asymmetry is able to promote “truth stories” that ensnare minds as truth itself. Any conception of an “egalitarian” democracy has given way to a “Winner”/”Loser” creed that no child should be brought up within;
2. By pretending that the national debt will plague our children in the future more than global warming and increased levels of toxicity in food, water, air and soil.
Most tragic is the way in which we are passing on an obliviousness in regard to the accelerating collapse of our biosphere and the extinction of the planet’s bio-diversity, including other species whose existence we are jeopardizing and destroying in pursuit of increased levels of our own comfort;
3. By failing to challenge the dangerous presumptions of individual autonomy and a personal “will to win” that ridiculously asserts that we cannot “lose if we will strong enough” while ignoring any close observation of actual material, objective, historical conditions that shape our lives regardless of our personal choices.
We encourage the illusions of a YOUniverse and the triumphalism of personal choice and personal responsibility and ignore the difficult fostering of both a “Great Outdoors” astuteness (a world outside ourselves) and a social morality in our young;
4. By asserting the unquestioned supremacy of any knowledge having to do with entrepreneurship, from starting a business to “playing the stock market.”
By doing so we leave our children ignorant of basic notions of civics and world geography, of democracy and its relationship to capitalism, of varieties of cooperation, interdependence, mutual aid and planetary sustainability and their relationship to democracy and capitalism. By doing so we diminish the role that the arts and literature, philosophy and history play in human self-development within which occupation, profit and business skills allowing “the guy with the most toys in the end to win” assume a more legitimate place than they have now in any determination and pursuit of the deep meaning of a life;

5. By slyly shifting from public education to privatized, for-profit education.
The education of young people is now seen as a new marketing frontier; public education must be privatized so that profit can be made. Privatized education has no answer to the problems facing education in a society that sees no profit in educating toward anything but profit. That confusion has saturated education in the U.S. since the founding but now as market rule has intensified, we are not educating independently critically thinking citizens who have a sense of history that no consideration of the present can do without. Instead we educate for “first and last jobs” even though the directions and impact of technology are unknowable. The best a society can do for its children is not to tie education and the Bildungsroman of their self-development to technology’s own pursuit of new products, new patents, new profits;
6. By giving all new technological innovation an immediate “All Good” imprimatur and making no effort to explore possibly disastrous effects, or, curtailing such development.
We fail to respond to the already deleterious effects online life and video gaming has on “offline” reality, including effects on reading extended developing exposition, writing the same, listening to the same, and being able to interpret, not opine, the narratives of others, from salesmen to politicians, TV gurus to conspiracy theorists. When Matthew Liao, director of the bioethics program at New York University, was asked for an example as to how technology entered our lives without forethought, he responded “The Internet. It has made us more connected to the world’s knowledge. But it’s also reduced our actual human contacts with one another.” This has troubling consequences in an already drastically wealth divided society;
7. By exposing our children to the seductions of marketing and advertising seeking to brand in minds the necessity of their products and services while it is clear that profit rules here and that what is absorbed by our children as necessities are either valueless or possibly harmful, damaging in ways never explored.
The intrusive “Big Brother” has not turned out to be “Big Government” but transnationals “Too Big To Fail” who utilize cybertech to reach into young minds and instill what best serves the needs of a consumer driven capitalism. The reduction of the “American Dream” to “More, Bigger, Faster, Easier” without reflection on who and what pays the price for such fulfillment, is a result of sharply honed commercial branding;

8. By failing to present a comparative international framework for the consideration of significant matters, including notions of “Big Government,” “European socialism” to the history of unions and the development of the middle class, “Green” energy, sustainable economics, gun control, animal rights, health costs, euthanasia, drug addiction and legality. We now prefer to pass on to our children a presumptuous sense of American “exceptionalism” and allowing “foreign” views to remain “other” and therefore wanting, degraded, archaic. The need to consider any matter in a comparative way is ignored and at present American cannot pursue such because presumptuous and provincial preferences prevent the creation of a usable comparative frame;

9. By promoting the replacement of the imagination with very limited entrepreneurial notions of innovation and thereby promoting a failure in our children to develop into adults who are capable of exercising an imagination which extends beyond the limits of their own experiences, an imagination which can grasp the lives of others, especially the poor and also other species who share the planet with us, all of whom live outside the gates of our own minds until our imaginations bring them into conceivable existence;
10. By failing to expose the dishonesty and effrontery, the bold cynicism of concealing the power that market forces — the so-called “Invisible Hand of the Market” — posses in giving corrupted meaning and value to every aspect of society.
We therefore are depriving the young of the ability to interpret how such forces pretend to give sense to a thing, from idea to event, from everyday practices to dreams of the future. Without this interpretive ability, much nonsense stands before us as both rational and valuable while in truth such nonsense does no more than serve the narrow self-interest of profiteers. We are unfortunately passing on our befuddlements and our inability to tell a hawk from a handsaw. We can opine and “like” endlessly on Facebook and elsewhere but we cannot interpret or even discern the value of such. It is, in short, the instrument that designed these 10 statements.