Posted By: Joseph Natolion: May 01, 2013In: FilmNo Comments
Print Email 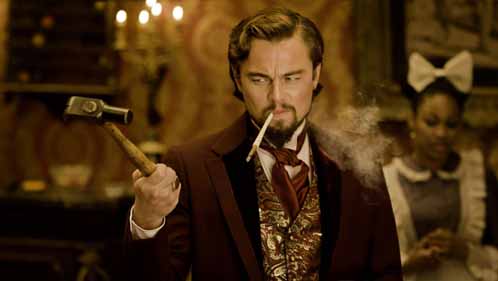 Django Unchained was the subject of controversy due to its use of racial epithets and depiction of slavery; many reviewers have defended the usage of the language by pointing out the historic context of race and slavery in America. Spike Lee, in an interview with Vibe magazine, said he would not see the film, explaining, ‘All I’m going to say is that it’s disrespectful to my ancestors. That’s just me . . . I’m not speaking on behalf of anybody else.’ Lee later tweeted, ‘American Slavery Was Not a Sergio Leone Spaghetti Western. It Was A Holocaust. My Ancestors Are Slaves. Stolen From Africa. I Will Honor Them.’ Writing in the Los Angeles Times, journalist Erin Aubry Kaplan noted the difference between Tarantino’s Jackie Brown and Django Unchained: ‘It is an institution whose horrors need no exaggerating, yet Django does exactly that, either to enlighten or entertain. A white director slinging around the n-word in a homage to ’70s blaxploitation à la Jackie Brown is one thing, but the same director turning the savageness of slavery into pulp fiction is quite another.'” — Wikipedia

I am at the barber’s, and a copy of Paris-Match is offered to me. On the cover, a young Negro in a French uniform is saluting, with his eyes uplifted,… [...]

Understanding Haiti as a Case Study of Capitalist Modernity

In this interview, College of Staten Island CUNY professor and anthropologist Philippe-Richard Marius, author of The Unexceptional Case of Haiti: Race and Class Privilege in Postcolonial Bourgeois Society (University Press… [...]

Drag Shows, Here and There

Efforts to condemn and re-segregate queer and trans people in the U.S. are frightening and dangerous, as the shooting in Colorado Springs again demonstrates. The combination of hatred and gun… [...]

Long before the stance was popular, Staughton and Alice were stalwart prison abolitionists. They had corresponded and visited with prisoners, perhaps most notably George Skates, the white prisoner who had… [...]

For the last month and a half I've driven the backroads of southern Indiana, criss-crossing the unglaciated hill country 40 miles south of Indianapolis and 40 miles north of Louisville.… [...]