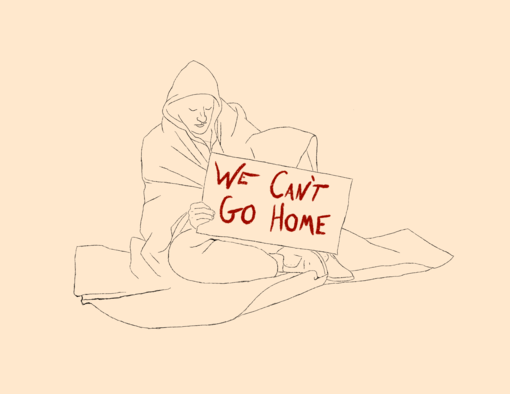 “And here, sitting upon London stone, I charge and command that, of the city’s cost, the pissing-conduit run nothing but claret wine this first year of our reign. And now henceforward it shall be treason for any that calls me other than Lord Mortimer.”

Democrats face a challenge that Republicans do not face and that is reconciling a drive for diversity with the urgency of mounting the best challenge to President Trump. More broadly, the challenge is to an Overripe Capitalism that has settled democracy into oligarchy and now, with President Trump, a threatening autocracy.

But an additional part is achieving this on a stage, both spatial and psychic, where neither a drive for diversity nor the urgency of challenging capitalism is overwhelming the country. This is all less than overwhelming when you imagine how Trump will brand everything in the Green New Deal as socialist. Thus, much needed immediate action on global warming will be tagged as not only conspiratorial science but also socialist.

Sen. Sherrod Brown, however, won a third term in Ohio even though he was smeared as a socialist, a signifier he wisely avoids. However, the heart of his address is to workers and this theme aligns him with the most far left of the Democrats. This seems to me a clear example, a blueprint, of how socialist leaning Democrats can succeed in 2020. Whether the fact that Brown is a 66 year old white male negates his chances in a 2020 presidential race depends on whether the Democratic Party considers his electoral success in the Midwest of less importance than running a diversity candidate.

I need to step back here because I’m not a politician and don’t practice the art of the possible but I recall that in the 2016 presidential election Bernie Sanders failed in reconciling major social justice concerns of the modern left, such as race, gender, and sexuality and his call “to stand up to Wall Street.” A Twitter backlash to Bernie’s call to go beyond identity politics proved to be fatal, perhaps as fatal to him as the Democratic Party’s secret campaign against his campaign.

But the issue remains more than ever prominent in Democratic politics, invigorated by the diversity victories in the midterm Congressional elections. That momentum can perhaps lead to a doubling down on the diversity and identity politics side on the part of Democrats. A woman or Trans woman of color may satisfy the most pressing requirements to which that Party feels it needs to respond. Thus, the success of diversity in the Congressional elections can also be seen as a blueprint for Democratic victory in 2020.

Will there be a doubling down on the socialist signifier, in any form, or will there be a run to identify as a true believer in capitalism, as Elizabeth Warren, Kamala Harris, and Amy Klobuchar have already done.

Whatever the case, President Trump, in a 2010 electoral battle, will rampage tweet any Democrat, running from or proudly endorsing socialism, as a threat to every cherished American institution. Ironically, of course, President Trump, by 2020, will have morphed those institutions into his own madcap self. Unless of course, Mueller and/or the U.S. District Court for the Southern District of New York reframes him in a complete orange ensemble.

What we can be more definitive about than the electoral strategies and tactics of either Trump or the Democrats, which are in an embryo stage at this point, are the consequences of what has already occurred in the almost 26 months Trump has been in office.

In short, a Democratic Party charged with an enthusiasm to indict and/or impeach President Trump or invoke the 25th Amendment to remove him, and thus jettison the “Trump Normal” and reinstate “The Constitutional Democratic Normal,” cannot evict the consequences of his tenure.

We do not delete and write anew in regard to traumatic political turns.

The War Between the States segued into Jim Crow; the Emancipation Proclamation segued into President Trump’s take on the Charlottesville’s clash: “I think there is blame on both sides.” Sixty-four per cent of American say racism is a major problem and pollsters find that racial resentment brought many to Trump. Campuses have not become a rose garden of racial mingling The Atlantic reported in 2016 that “[L]ast semester, student-activist groups nationwide issued demands to their universities seeking everything from mandatory sensitivity-and-racial-bias training to the development of safe spaces on campus for people of color. (Adrienne Green, “The Cost of Balancing Academia and Racism,” The Atlantic, Jan. 21, 2016.)

The destiny of Trump’s reign may endure as the legacy of racism because he has entangled the mantra of “make American great again” with a need to keep the fires of all hatreds burning bright.

What dire consequences emerge from Trump’s presidency extend not only to his destruction of a Constitutional balance of powers but also to his efforts to stop all efforts to mitigate the effects of global warming.

Almost equally destructive is his success in convincing a white working class that he will regain for them a white supremacy at home, reinvigorated American ugliness abroad, and well paying manufacturing jobs.

The drastic wealth divide resulting from capitalism’s Monopoly game in which all the properties on the board and all the money in the bank has already gone to a few, all others, losers, is “fake news” and thus dismissed. In the place of this wealth schism, Trump offers himself to his followers in the perennial American mythos of “Wealth as Savior,” wealth as the champion of those who have already lost at the capitalist casino or are losing badly. And Donald J. Trump has become the personification of that mythos of salvation through wealth.

Enough Americans are deep devotees of this creed to make the 2020 election yet another close call. These devotees are convinced that the deal the wealthy celebrity Trump has made for himself is the same deal in which they can win. That they are in a survival game because of what Trump represents is a recognition they are too entranced to see.

And this too, then, is a tragic consequence, damage done whose recuperation now eludes us.

Those who worship at a different altar see happy consequences in the movement of the young toward a positive view of government. Salutary consequences for them are envisioned. The capitalist game of Winners and Losers, run stochastically, has thus far settled them into fears of debt and environmental disaster. And those fears have propelled them toward government as their champion, a bargain a number of social democracies have made successfully. Scandinavian countries have far greater social mobility and far less inequality than does the U.S., although this seems inconsequential to Americans, if these facts are at all known, because these countries are “socialist.”

I call this a much damaged “signifier,” the consequences of both fascist and communist dictatorships having flown this signifier’s banner. What it means divorced from its abuses is an encounter to be brought into the classroom so that a rising generation can make better sense of the relationship of economics and politics than their forebears can. The consequences of an ancien regime sized wealth divide are either plutarchy or autocracy.

Conditions that the young are facing, however, make it difficult to imagine that those whose live are self-designed in cyberspace from birth will bear the intrusions of government bureaucracy.

It is too early to tell whether social media has a social, communitarian dimension that offsets the illusions of self-determination and empowerment that cyberspace offers, not to mention the overpowering influx of absolute rot and nonsense intermingled with “truthiness.” Mr. Zuckerberg’s assertion that Facebook “brings the world together” is now under serious interrogation while the benefits of Twitter as the “go to” channel for presidential declarations as well as ensuing debate seems damaging to democracy and helpful to autocracy.

The consequences of a duplex reality, offline and online, the Great Outdoors and Cyberspace, are in play and no clear call can be made.

Whether the illusionary powers of cyberspace to augment our personal will are crushed by the real world consequences of global warming and an autocratic rule by a damaged leader is something undeterminable now.

President Trump’s total reliance on his own personal autocratic will to power, which he calls his gut reactions, did not create a culture of narcissism, a culture in which everything personal overrides everything communal.

There is only the person, a creed that Trump brings to its solipsist conclusion: there is only him, his personal will, his choice, his readiness to assume personal responsibility, which is unpunished because he alone pardons.

Only great damage can result from power, uncontested and unreachably pathological.

Right now, in our defense is a political discourse that has no solid reference point to return to but only an arena of dispute which the present can attach itself to in equally disputatious ways.

Because our analog history is now suspect for merely being analog and not digital, politics in the present goes on within a different mindset regarding history than proposed by George Santayana: “Those who do not learn history are doomed to repeat it.” Therefore, consequences of past actions are now as irrelevant as the actions themselves.

President Trump may be a unique figure as President, an ego fully bloated with illusions of the greatness of his own willful gut, and thus most dangerous as Commander in Chief, but he occupies with many others more than one circle in Dante’s Inferno. His brand of tyranny was not unknown to Shakespeare as Stephen Greenblatt reminds us in Tyrant: Shakespeare on Politics. Richard III, Macbeth, Julius Caesar, Coriolanus and, Jack Cade, the rebel leader in Henry VI, Part II are replete with parallels to our present tyrant.

“Enlightened statesmen will not always be at the helm,” James Madison foresaw in Federalist #10, a foreseeing that led to defenses in the Constitution against an imperial presidency, an unenlightened autocrat.

The newly formed House of Representatives is now engaged in strategies to unseat an autocratic order before that autocracy undermines any assault against it, including any launched by the two branches of government constituted to check and balance an imperial presidency.

Whether the Legislature and the Senate have already been damaged to the point that it is owned by that presidency, time will reveal. But surely, the fact that the country is in such a predicament, such a battle for the preservation of Constitutional and not autocratic authority, tells us that much damage has already been done.

Israelis dismiss charges of “apartheid against Palestinians” as anti-Semitic propaganda, but Benjamin Netanyahu’s new government will confirm the apartheid nature of the regime, and will provide hints of fascism, Israeli-style. … [...]

New Portland Police Oversight Board, Could be Strongest in the Nation and Create a National Model

In the Black Lives Matter uprising of summer 2020, no city was more nationally prominent than Portland. Nightly protests drew thousands to the blocks around police headquarters, city hall and… [...]

You can't call the Democratic Party's almost unanimous decision to back a strikebusting bill against railroad workers a "betrayal." It's more like the ultimate fulfillment of a project begun in… [...]

The question over sending additional foreign troops into Haiti misses the fact that Haitians were recently subjected to such an intervention, culminating in the ongoing foreign occupation of Haiti since… [...]

Order a copy of Atomic Days: The Untold Story of the Most Toxic Place in America from the CounterPunch Store. The post The Permanent Disaster Economy appeared first on CounterPunch.org. [...]