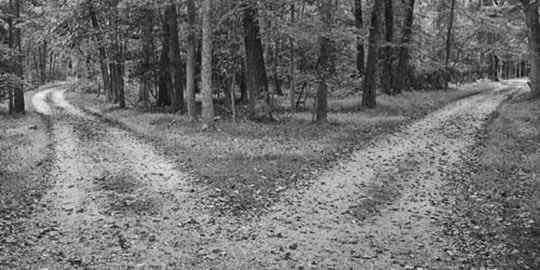 The single, unambiguous focus of profit to investors unites Republicans like a Spartan phalanx whereas the focus of Democrats is on “The People,” far less definitive and determinate than cash and not restricted in use to Democrats. Populists and Nationalists, from Trump to Orban claim to represent “the will of The People.” Democrats are less likely to hold their ground because they are not deaf to the arguments of profit making. Sanders, Warren, Ocasio Cruz and others on the Left may be but they do not represent the majority of those Speaker Pelosi is representing.

One wonders whether the inevitable clash between House Speaker Pelosi and the new and young women in this Congressional Freshman class will be reconciled in ways that demonstrate the greater effectiveness of women in politics than men in politics.

However, both differing priorities as well as generational differences, both cut from the same old same old cloth, may show us that gender is not as significant a factor in politics as the common attributes of human nature that all races, ethnicities, sexes and gender share. And because our human nature is operating across all, a rule of one person-one vote cannot be abrogated in a liberal or social democracy,

Nevertheless, life in America is replete with discrimination, and, sometimes, as in the case of Donald J. Trump’s election this is the card played that draws the win. Why did all American women voted overwhelmingly for Hillary in 2016, except white women? Why does the inane brain fart of a mind — build a “big, fat, beautiful wall” — a mind twirling in all kinds of fears, hatreds and bigotries appeal to anybody but those of like mind?

Two roads diverged in the American mass psyche and we took the one that led to Trump.

And that road was paved by failures to interpret critically, expose, correct and as needed indict the rising tide of hatred and fear and those who stoke the flames of such.

Trespasses against the slowly emerging actions, thoughts and feelings of the better angels of our nature, against an expanded notion of society now collapsed into the mockeries of social media, have been allowed to grow and glow in infernal darkness visible.

There’s a kind of trespass that expands beyond the personal, a purse snatch or a carjacking, for instance, and spreads like a virus into the present and, if not exposed, into the future like a bad gene.

The failure to line up the financial sector looters after the Great Recession is a good example.

So, is not making clear the damage that former House Speaker Paul Ryan has done to the equal powers granted by the Constitution to our three branches of government. There was absolutely no need for Speaker Ryan to roll over and play dead, or at the very worst, yeah-say to President Donald Trump at the very start of his tenure.

It was then when a man who knew only the sovereignty of his own decisions and very little of the democratic process should have been checked, in the way you check a puppy who first enters the house.

Senator Ryan’s transgressions here against the entire nation are more grievous than Senate Majority Leader Mitch McConnell’s sly games. McConnell’s declaration that he would do everything in his power to keep Obama from a second term should have schooled the post-partisan Obama regarding the realities of a knife fight in a phone booth political game in which Obama found himself. Glancing back now, we can see that Obama was a slow learner here.

Paul Ryan did not school Trump but rather bowed before the autocratic practices and beliefs of a man who has been a sovereign in his own domain since birth.

After more than a month of partial Federal government shutdown, arguments and justifications on both sides, one side always being only Trump and now the other side personalized as Nancy Pelosi, are equally collapsing into Pete Seeger’s “Pay me my money down.”

It is an increasingly restless mood, impatient with politics.

Trump has been waiting to declare a national emergency, which seems the most likely end to this longest running government shutdown.

However, neither claiming that the shutdown itself is the crisis that threatens national security or it is the crisis at the border — invading caravans of drug dealers, terrorists, rapists, and murderers and so on — that threatens national security represents a winning spot for the President, who seems prepared to sacrifice everything for a win in his personal accounts.

How far President Trump will go with national emergency powers — and he can go far, (See Elizabeth Goitein’s “In Case of Emergency,” The Atlantic, January/February 2019) will, from what we know of his impulse thinking and behavior, most likely come close to what Harry Potter’s Dudley Dursely would do. All three years olds want what they want.

There is little doubt that if matters are settled by declaring a national emergency, Trump will ease comfortably into the extraordinary presidential powers and his supporters will cheer his ascendancy to that majesty. Victory will be declared and a precedent set for declarations of emergency powers on every occasion in which the President feels democracy is not bending to his will.

The hope is that the House of Representatives led by Nancy Pelosi will not bend a knee as Paul Ryan had done nor aid and abet the President, as Senate Majority Leader McConnell, has done for, almost literally, thirty pieces of silver.

Chances are that courts, Congress, a Constitutional order, and the Mueller investigation will catch up with the President and keep him from reaching the heights of autocracy of the new “illiberal internationals,” including Orban in Hungary, Salvini in Italy, Kurz in Austria, Duda of Poland, el-Sisi in Egypt, Erdogan in Turkey, Brazil’s Bolsonaro and Trump’s lovemates Kim Jong Un and Putin.

These Populist/Nationalist movements sweeping the globe were fertilized by the inequities produced by transnational financial players positioned to profit by a globalized frontier of profit making.

The severe imbalance of wealth created did not, however, bring forth economic equality movements, complicated and with a checkered past, but rather volcanic eruptions of the Reptilian brain, namely, hated, bigotry, racism, and a widespread “Hate thy neighbor if he or she or zee is in any way different than you.”

Economic nationalism with its tariffs and globalized partnerships and so on has little chance of proving more attractive on The Big Board of the New York Stock Exchange than the freewheeling play of the present globalized financial sector. Is Goldman-Sachs positive on nationalism and tariffs?

But these chances narrow notably if Trump is let loose in the open range of emergency powers.

Two roads diverge in the American mass psyche and President Trump has taken the one that will bring him to heel, indicted, impeached or voted out of office in 2020.  His own truly pathological baggage and his growing fear of the Mueller investigation amount to his destiny.