A Primer to Postmodernity

Category: Education
Author: Joseph Natoli
Publisher: Wiley-Blackwell
Page Count: 224
ISBN: 978-1577180616
ISBN13: 9781577180616
Genre: Postmodernism
A Primer to Postmodernity introduces the general reader to an emerging "postmodern" world order by giving us "just the facts" through contemporary cultural lenses. Using TV shows, political talk shows, radio call-in shows, and popular film as points of reference, the focus is not on postmodernism as a movement in art, architecture and literature, but on postmodernity as the most wide-ranging and provocative change in how we look at the world since the Enlightenment. Natoli creates a postmodern environment in his text by incorporating starship Captain Becark and Commander Deja as our guides and interlocutors of the postmodern debate. they interrupt the text by asking questions where the reader might get stuck. They shift focus, counter arguments, deflate rhetoric, and add to the multi-voiced exposition of the Primer, dismantling anyone's hope of ever again providing the uninterrupted, monologic catechisms of modernity. This text performs postmodernity. Before going to the primary readings of postmodern theorists, students and general readers should begin with A Primer to Postmodernity is inherently so hard to define.
Purchase on: Amazon
Share 0
Tweet
Share 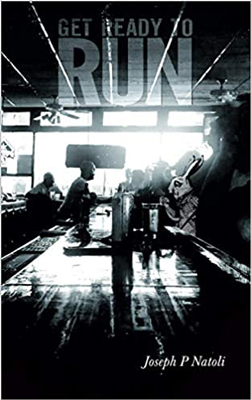 Will Things Fall Apart Now or in November?

Richard Wolff: Capitalism and the Pandemic The post Richard Wolff: Capitalism and the Pandemic appeared first on CounterPunch.org. [...] + There were many reasons to vote against Trump, starting with the fact that he was the incumbent running for reelection. All incumbent presidents should be voted against as matter… [...] Last week General Tod Wolder, top gun of the U.S. European Command, declared that “Russia remains an enduring existential threat to the United States and our European allies.” On February… [...] March 2, 2021 was the five year anniversary of the murder of Berta Cáceres, who opposed the Agua Zarca dam in Honduras. That date was less than one month after… [...]

What the Ecuadoran Elections Mean for the U.S. The pink tide is coming back in – much to the chagrin of many in the U.S. government. With leftist governments in Bolivia, Venezuela, Argentina, Nicaragua, Mexico and Cuba, the… [...]