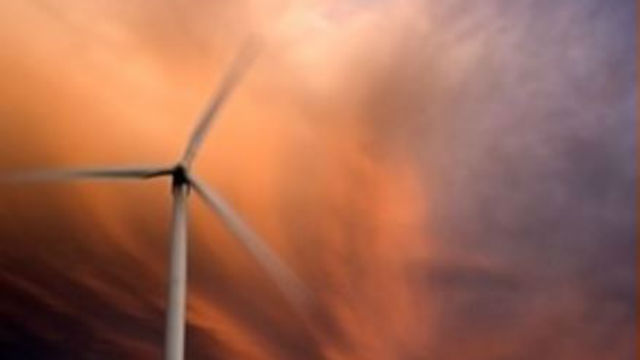 Consider the various shifting winds at the backs of President-elect Trump, his Followers, clearly only vaguely defined but no less a real third entity of social and political affiliations, and Republicans leaders in Congress. Consider the Democrats in small boats either becalmed or sailing into the wind, seeking a proper angle of attack to move their boat forward.

Trump is tied to those who elected him in terms of the promises he made to them, but he is also tied to his own billionaire capricious persona, one that he may be nervously masking by not releasing his tax returns the “thousandaire” that Maureen Dowd called him. Regardless, his is an imperial bearing charting a solitary course, withholding its navigational coordinates, thus making him very difficult to fix on any horizon.

His Followers are also not an easy read judging by the polls failing to even see them on the horizon of presidential electoral results. Liberals say that the Followers either read Trump wrong in so far as his interest and capability in giving them what they want, or they join with Trump in a dark side politics of hatred, revenge and revolt. Followers thus are some combination of dumb and dumber, white supremacy, LGBTQ vilifiers, and women haters.

The dumb verdict crosses party lines. It is a gentrifier condemning of the ungentrified and Liberals are not alone in this although Neoliberals have more openly tacked toward “Loser/Moocher” than Liberals have. A newly opened can of prejudice and vilification emerges from the Liberals’ own hard tacking into identity and cultural politics, which wraps the dissent of the Followers in a shroud of political correctness, thus kicking up the heat.

The Followers of Trump are more interested in “becoming great again” economic-wise than they are in LGBTQ, immigrant, women’s’, and environmental rights. In the view of Liberals who have left behind FDR’s Economic Bill of Rights, this is a wrong course set by Trump’s Followers. Ironically, in the view of Bernie Sanders’ followers, it is not a wrong course but simply one that cannot be set by the billionaire Trump. Note that Sanders’ economic pitch was set adrift at the launch moment by a black identity pitch, dramatically and at once displaying his nautical distance from the concerns of his own adopted party. What course that Democratic Party or Bernie Sanders now makes matters less than how a President Trump and his Followers will get along.

What course will the Followers set in response to the appointments President-elect Trump has already made?

Tom Price as health secretary is a clear indicator that some cherished Liberal affinities will be disrupted. Whether or not both tack against the winds of Trump Followers in such a way as to antagonize them as greatly as Liberals do will certainly be remains to be seen.

Mr. Price has already produced a total replacement of the Affordable Care Act, one that returns health insurance to total free-market steerage, which was in sway before ACA and was increasing health insurance premiums by 10 to 12% a year while the rate of the uninsured grew. We all know that Americans pay more for their health insurance than any other industrialized country and that our health in very many areas is lower than elsewhere. We also know that ACA stopped the practice of denying coverage for those with pre-existing conditions and extended coverage to family members until the age of 26.

President-elect Trump has revealed his course regarding health care by appointing Tom Price and thus faces a win-win situation with his Followers and the Republican Congress. But in admitting in an interview on 60 Minutes that he would keep well received aspects of Obamacare, he is making some effort to ease the hurt that a Price plan would bring to his Follower. This is a hurt not only to some 22,000 but to all those who have been solely intent on abolishing Obamacare without assessing the Wild West profiteering of a health care industry freed of all government restraints. This profiteering at the expense of everyone but the dividend class would join the Wild West rampaging of Wall Street now revving up with the election of Trump.

The return to a privatized system in which profit rule has for many years gouged Americans while not making them any healthier nor providing coverage for those who cannot afford to pay market prices is a welcome return to those reaping the profits. These few are more likely followers of Paul Ryan’s Ayn Rand approach than our Followers of Trump’s narcissist’s “ideology-as-I-go.”

When logical connections fail, jump to the affective, phenomenal realm where visibility improves. Followers are not supportive of extending health care to those who do not have it. The 22 million who would be cut off do not loom as a concern because the Followers do not view them as unfortunate but rather as weakly motivated to work and earn. Thus, in their view, removing “Obamacare” would incentivize the 22 million to make enough money to pay for health insurance. Eliminating Obamacare would get these millions off the backs of Trump’s Followers.

This is a fact-free narrative, a fake reportage but we came to know in the aftermath of the election that fake news is more viral than real news. In a post-truth age, the truth story that is most entertaining wins. Deconstruction of any authority, competition, entertainment, and winner take all/ loser assumes personal responsibility– what here is not already viral in the American cultural imaginary?

We saw the same kind of disposition toward the “Loser/Moocher” in the homeowner underwater mortgage disaster of 2008. The foreclosed did not loom as a concern but rather were chastised for saddling themselves with mortgages they could not afford. In both instances of Federal assistance to the economically hurt, the Federal government was seen as an agent of Moral Hazard, facilitating moocher-like expectations and degenerate dependency on those who should just get a job. The fact that it is a black president who is sponsoring this Moral Hazard is itself antagonizing to the Followers who hold a memory of Ronald Reagan’s branding of black “Welfare Queens.”

In the view of the Followers great enough in number to elect Mr. Trump as president, Obamacare promotes only an anger and hatred that overspills the cup of understanding, if we acknowledge that understanding results from shrewd interpretation of what actually is the case. And the case here is that the Affordable Care Act has promoted the general Welfare, although it has done so by cutting into the profits that both the health insurance and the pharmaceutical sector have enjoyed under a market rule that has kept the Federal government at bay, until Medicare, Medicaid and now ACA.

Though Trump Followers would hurrah an upending of Obamacare they might not go along with any intrusion in their Medicare coverage. Whether they would or not is difficult to compute because the word “privatize” has a yet untested reaction among Followers.

Young Followers live in an imaginary in which they already know Medicare and Social Security will not be there when they are eligible. They also connect the word “privatize” with choice and choice with personal freedom, which is threatened by authority, any variety that challenges personal autonomy. The appeal of all radical outliers, whether they are incongruously socialist or libertarian, emerges from this millennial instinctual rejection of all but a personal authority. To privatize, then, is a bringing of what is outside the personal into the personal, which is a good, in a millennial view. It, however, remains blind to what Diane Ravitch describes: “Privatization divides communities and diminishes commitment to that which we call the common good.” (“When Public Goes Private, as Trump Wants: What Happens?” NYRB, Dec. 8, 2016)

The battle of privatization versus the common good is absent, rather like the issue of global warming, for every age group among the Followers. If there is a dislike for either, it is drowned in greater dislikes. The ACA, which Sanders would replace with an extension of Medicare to all, regardless of age, is disliked on a par with a dislike for Obama himself, who unwisely adopted “Obamacare” in place of “Affordable,” somehow not realizing that he was, in the eyes of the Followers, a Lord Voldemort “Death Eater.” Because the harm that the ACA does to the Followers is one only perceived by them but not real, and yet it pushes them hard against Obama and the ACA, we are led to the view that all Followers are white racists and that anything Obama does is the problem.

That charge, however, is attenuated and discounted when we consider that racism, misogyny, homophobia and xenophobia are not isolated in one place in the American cultural imaginary. Those offended on sight of anything different from their own designed realities cross party lines. A YUGE wealth divide has not only isolated lives across unnavigable waters but has endlessly subdivided those divisions in enclaves of “friends” on social media. Difference is not only a Liberal mantra but also a fractured mockery of a Shambhala in which differences are so particularized that recognition and understanding are dissolving rapidly and empathy is a lost virtue.

Such impressive divisiveness has to be achieved and maintained and so has a politics to it. It would be clear to a visiting Martian that Neoliberals spark and feed the worst devils of our nature in order to bring those they describe as “Losers” to their side while Liberals work assiduously in word and action to force their esteem for the “Other” upon those who cherish their ownership of American “Identity” and will not relinquish it. Things not only fall apart when caught in such colliding winds but they continue to break beyond any recognition of one for the other.