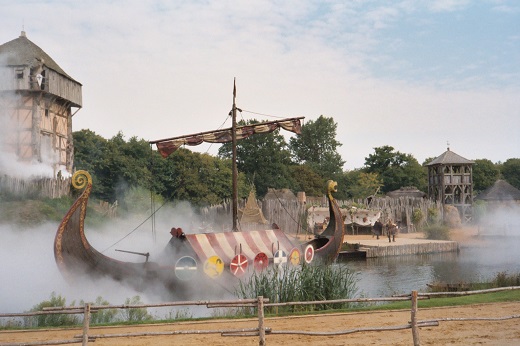 “The military is a voluntary thing. I’ve got a ton of respect for those who do it and make a huge sacrifice for this country. I chose a career 16 years ago that took me down a different path.”
Tagg Romney

The idea of fighting our Iraq and Afghanistan wars with a “volunteer” army has suited long ascendant American illusions regarding individual choice and personal freedom.

Rather than these wars calling upon the nation to share an equal burden, to unite in the face of a threat to us all, to rally behind a common cause, these wars have been branded, like a five minute energy drink, as yet another occasion to exercise personal choice.

We are thus being given what we seemingly so much desire, yet another choice, like the endless choices we can summon with our online shopping. We are enlisted not to fight but to strengthen our own sense of individual autonomy by choosing to volunteer or not. We can choose “Like” or just ignore. A war.

History has never seen a country face war with this sort of attitude, call it a mass psychology. Nor has history ever seen any nation long survive a replacement of common allegiance and common cause, of a spirit of indissoluble union that sustained Lincoln during a long and tragic civil war, with a citizenry that rejects all common allegiances in pursuit of an autonomy realized through a personal choice which can arrogantly ignore any and all challenges.

Part of this illusion regarding autonomy, freedom to choose and the resulting affirmation of our own being-in-the-world has been the notion that we are all equally free to choose at every moment and at every occasion. So blinded, we believe that there are none prevented by circumstances not to choose freely, that none are so bound by the material conditions of life that they they are compelled to choose to “volunteer,” and thus of course not free at all.

Of course, as Rocky Balboa, Oprah and all holders of The Secret (2006) revealed by Rhonda Byrne believe, that “desire and will attract what we want to us,” there are no circumstances or real world conditions blocking our desire and will, so long as we desire and will strongly enough. According to this splendid “reasoning,” we volunteer to fight in Iraq or stay at home because we desire or will it. In neither case has anything — say, a skyrocketing career or a good chance of being shot to death in your neighborhood — compelled us in opposition to our own will and desire.

Everything happens for a reason, the mantra Americans derived from James Redfield’s 1992 The Celestine Prophecy, has become in the new Millennium: “Everything happens for reasons I have willed or desired into being, or, not willed or desired strongly enough.” Winners will strong; losers don’t or they probably will their own miserable destiny. We all openly admit that obstacles may appear which we have not willed or desired. However, we also have a knee jerk reaction prompted by our illusions: obstacles become an occasion for the strong to demonstrate their winning ways while the weak succumb.

So very interestingly we have a situation in which we are free to choose and cannot be constrained by anything outside our own will and desire and if we do succumb to these forces outside ourselves, we must hold only ourselves personally responsible. You were responsible for everything from losing your job to getting cancer, from being born non-white in a society that privileges whiteness to just not having the kind of intelligence a hi-tech driven society needs. And if were permanently disabled in combat, you will have to assume personal responsibility, if not for that, for all the tough times that will follow.

What we have here are stupid, inhumane, disastrous illusions but they follow logically from the illusions of individual autonomy and personal freedom. It serves an economic system in which no outside forces, whether from the Great Outdoors of Nature or the Federal government, should be allowed to intervene in the personal pursuit of happiness. We are, of course, all personally free to define our own happiness and it remains only a coincidence that very few Americans can define “The American Dream” beyond fortune and celebrity, or, more particularly, profit and property.

Those who seek profit in privatized wars have avoided their own conscription as well as secured profits through government contracts. “5,500 armed mercenaries [are] under contract by private security firms,” according to what the government divulges but “[t}he true proliferation of “private contractors”—a euphemism for mercenaries— working in the region is anyone’s guess.” And these mercenaries are “motivated to take part in the hostilities essentially by the desire for private gain.” (Wikipedia)

However, it would be difficult to find many in the volunteer armed forces who would not attest to a desire to defend our country, a desire grounded in patriotism, as their motivation for volunteering.”The War on Terror” ignited by the 9/11 attack on U.S. soil has done much to ignite a national esprit de corp which has nothing to do with profit and property. This does not mean that conscription has not taken advantage of deeply engrained illusions of individual autonomy and personal choice. The exploitation here, which goes beyond taking purses to taking lives, is not erased or diminished because those who remain without choices believe they have a choice.

By responding to 9/11 with a volunteer army and not national conscription the country and its responses have been laid open to the establishment of war as a new marketing frontier. All of this is the result, at bottom, of a society’s nurturing of illusions which suit those positioned to make a profit on anything, including war.

The extent of these illusions is mindboggling: so-called Winners ensure their privileged place by defining winning as achievable via the “open sesame” of personal choice thusly solidifying a class divide that leaves those on the wrong side seeking relief in the very illusions that plague them.

Even if we assume the patriotic incentive was equal across classes, we need to recognize that some saw a continuing pursuit of profit and property as a better choice than volunteering to fight a war in the Middle East. And we need to recognize that some faced only frustrated opportunities and therefore saw life in the military as a better life than they had, that that life opened up more opportunities than their civilian life. Because that military life now clearly could lead to injury or death, the choice to fight these wars with volunteers who we all knew would be those who lack career or career choices, who are not at the top economic tiers but at the bottom, has monumental moral impact.

War is not a career; injuries, bodily and mental, as well as death are not career goals. Tragically, the involvement of for-profit corporations in the Iraq and Afghanistan wars, the true extent to which remains undisclosed, tells us that careers as well as profit can be made on war — as long as the profiteeers are not conscripted to fight.

This situation warrants a moral review even though we do not see the need.

Because the country had long pursued economic policies devastating the middle class and mobilizing them downward to join a bottom 40% already on its knees, while at the same time aggrandizing a top 20%, the plutocracy that resulted would not pursue war in the same way as would a democracy. Some reasonable and workable degree of economic equality responds to the call to defend the country by quite naturally expecting an equal willingness to do so, an equal willingness to share the cost in human lives.

Put blankly, we can equally share the burden of war if we are as a society already sharing its economic ups and downs. The “recovery” after the 2008 financial collapse wherein the top 20% were quickly back to dividends and bonuses while 80% are still sinking tells us that not a hint of equality of boon and bane exists in the U.S. today.

Plutocracies favor a volunteer army over an equally shared conscription because such conscription would pull equally from the plutocrats as well as from the 47% of which Romney spoke. And plutocracy would prefer to make a profit of war rather than volunteering to fight in it. This is not a personal attack on greed and the greedy, not a story of conspiracy and villainy.

I repeat: profit is pursued axiomatically and can be interrupted — but not by itself. Rather than personal choice being involved what we have is a situation in which the economic/political privilege existing in a plutocracy defines the choices to be made. What we call “choices” are the effects of the shaping forces associated with a privileged economic and political position.