The Revolution Will Not Be Televised … But There’s a LiveStream 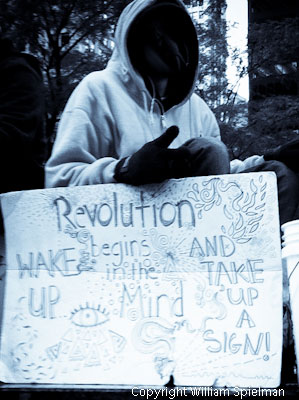 The Occupy Wall Street protest which began in New York City September 17th and has spread to other cities did not get televised or make the back pages of The New York Times until October. If you’re protesting the control of the media by Big Money you should expect that you will not get any coverage until your presence, like a war, just doesn’t go away, or, until somebody make a buck on it.